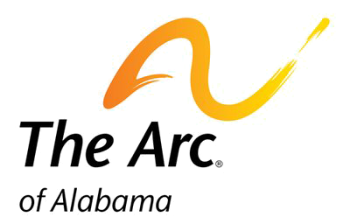 Today The Arc of Alabama is responding to Representative John Rogers (D-Birmingham) use of the offensive and outdated word “retarded” to debase President Donald Trump’s son, Donald Trump Jr.
“The “R word” is offensive, outdated and has no place in our state’s political arena. The Arc of Alabama hopes Representative Rogers will apologize for his use of the “R word” and engage in the national dialogue about why this word is offensive to people with disabilities across the country, especially here in Alabama. We need help from Representative Rogers and other members of State government to make sure this word is removed from our society,” said Gena D. Richardson, Executive Director, The Arc of Alabama.
The Arc of Alabama is a part of the “Spread the Word to End the Word” campaign along with other organizations to raise awareness of the effects of the “R-word.” The Arc has also been involved in efforts to remove the word from federal health, education and labor statutes, supporting Rosa’s Law in 2010.
The Arc advocates for and serves people with intellectual and developmental disabilities (I/DD), including Down syndrome, autism, Fetal Alcohol Spectrum Disorders, cerebral palsy and other diagnoses. The Arc has a network of over 630 chapters across the country, including 31 in Alabama. The Arc promotes and protects the human rights of people with I/DD and actively supports their full inclusion and participation in the community throughout their lifetimes.