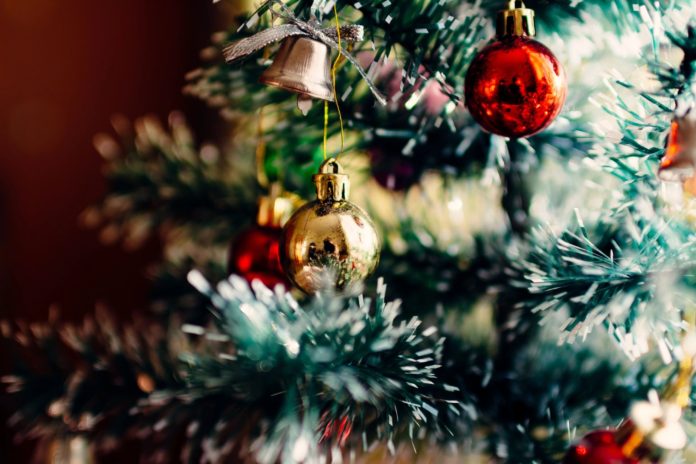 Wasn’t even Thanksgiving, and Christmas lights were up.
In general, I’m against this.
I come from a tradition where Christmas decorations don’t appear until the turkey has become hash, and they disappear before the big Bowl games ring in the New Year.
In general.
Which is sort of a mealy-mouthed, fuzzy-reasoned, exception-laced way of saying that though I wouldn’t be caught dead doing it, there are some circumstances where it is
OK, and I’m gonna tell you one.
I have spent most of my life in college towns.
And in a college town there are college students, many of them living out on their own for the first time.
Now as a father who has already raised two through this and who has one more to go, I can speak to the uneasiness a parent feels at the prospect of a child being out in the cold world without parental supervision.
College students arrive in the fall, amid all the hoopla of football, fraternities and sororities, clubs and (yes) classes, to set up house in what sociologists call “a high context culture” – one you have to live in to understand. Students live in it and understand it. Parents don’t.
To parents it all seems so, well, independent. Dorm rooms, apartments, houses are “decorated” in new ways, accessorized according to tastes picked up God-knows-where. Clothes and books and papers are perilously spread in piles according to some calculus neither Mama nor Daddy can grasp. Near empty refrigerators contain evidence of past meals of little nutritional value and remains of past parties the details of which are vaguely remembered, if recalled at all.
Not that parents see any of this, for unless there is a surprise visit (not recommended), when Mama and Daddy arrive the décor will be sanitized, the books and papers arranged to suggest something resembling study, the clean clothes put away, the dirty ones bagged to send home for washing, and all evidence of unwise eating and drinking will have gone out with the garbage.
But even in its more “acceptable” state, any parent recognizes the imprint of independence that marks the break with home and family that is so hard for Mother and Father to accept.
Such as a Christmas tree.
Not every student puts one up.
But riding around a college town, into the enclaves and ghettos where students live, you see in windows tiny lights on tiny trees.
They represent one more broken chord, one more student statement of how now, I am on my own, I have my own place, my own friends, my own routine, my own responsibilities, my own traditions, my own tree.
But there is something else to this.
Despite parental fears and misgivings, most students have no desire to break free from home and hearth just yet. College is limbo, that region between childhood and adulthood. It can be liberating for it frees students for the future, but at the same time frightening for it takes them out of the warm womb of family, to which as the years pass they will return as relatives, relations, visitors.
Back home, back in their previous life, Mama, Daddy, siblings are getting ready for Christmas. Their tree is going up. Their decorations are coming out. Their halls are being decked.
Without their college student to help.
And the student can’t go back to be part of it – not just because of term papers due and finals to take, but because getting ready for Christmas is an incremental thing, done in stages that are enjoyed in stages: getting the tree, trimming the tree, hanging the greenery, putting out the yard decorations. Those involved savor every stage, every step of the way. You can’t just drop in and get the full effect.
So students try, as only students can, to replicate those stages where they are.
A little tree, likely artificial. Lights. A few ornaments which will be saved and in years to come will be taken our to hang again and remember. Perhaps a wreath for the door. And Christmas cards, sent to their new address, evidence that the United States Postal Service considers this their home now, proudly displayed on a table along with the plastic Santa or snowman from Walmart or Dollar General or Big Lots.
And they will keep Christmas in their homes and hearts until finals are over and they journey to where they once lived to visit, to find out how the family is doing without them.
Then, a few weeks later, they will return to their new home.
And take down their tree.

Harvey H. (“Hardy”) Jackson is Professor Emeritus of History at Jacksonville State University and a columnist and occasional feature/op-ed writer for The Star. He can be reached at hjackson@jsu.edu.