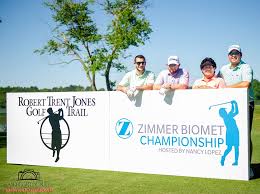 As the Symetra Tour continues to monitor and assess the global outbreak of COVID-19, the next five events on the Symetra Tour schedule are postponed, including the Zimmer Biomet Championship hosted by Nancy Lopez in Opelika from May 20 to 23.

Two other Symetra Tour events have been rescheduled. The IOA Championship presented by Morongo Casino Resort & Spa, originally scheduled for March 27 to 29, will now be played from Aug. 21-23 in Beaumont, California and the Four Winds Invitational will now be played from July 31 through Aug. 2 at Blackthorn Golf Club. Furthermore, the Windsor Golf Classic, originally scheduled for April 2 to 4 in Windsor, California, will remain postponed until 2021.

“The Symetra Tour is only as good as its partners,” said Mike Nichols, chief business officer of the Symetra Tour. “We are grateful for IOA, Morongo Casino Resort & Spa, and the City of Beaumont, as well as the Pokagon Band of Potawatomi and its Four Winds Casinos for working with us to find times that work to bring professional golf to their respective regions. They’ve kept the dream alive for players, as there’s no ‘Road to the LPGA’ if there’s no competition. We couldn’t be more thankful for their loyalty to the Symetra Tour and complete dedication to women’s professional golf.”

The Symetra Tour team is in consistent communication with tournament title sponsors and the venues to find suitable weeks in the latter part of the season to reschedule postponed events. More information will be shared as plans are finalized.Finally, the LPGA and Symetra Tour Qualifying Tournament timeline is being restructured. Stage I will no longer take place Aug. 20-23 at Mission Hills Country Club and Shadow Ridge Golf Club in Coachella Valley, California, and will instead be contested on the Bobcat and Panther Courses of Plantation Golf and Country Club in Venice, Florida, from Oct. 12 to 15. Details are being finalized to add a third course to this location and the competition format will remain the same.Stage II will no longer take place in its originally scheduled time frame, as Stage I now fits in the calendar on those dates.

It will be rescheduled for November on two courses at a to-be-announced location, with no change to the format. Additionally, the third annual LPGA Q-Series presented by Blue Cross and Blue Shield of North Carolina will not be held at Pinehurst Resort and will be rescheduled at a different venue for December. The format will be altered and span only one week, featuring 90 holes of competition on two courses and a cut after 72 holes.At this time, criteria for all three stages essentially remains the same as in previous years. An entry open date of Aug. 1 has also been set for both Stage I and Stage II. If there are further adjustments to the LPGA and Symetra Tour schedules, there may be additional changes to the qualifying tournament.

ABOUT THE SYMETRA TOUR

The Symetra Tour is the official qualifying tour of the LPGA Tour and enters its 40th competitive season in 2020. With the support of its entitlement partner Symetra, the tour’s mission is to prepare the world’s best young women professional golfers for a successful career on the LPGA Tour. Since Symetra’s inaugural sponsorship year in 2012, the Symetra Tour has grown from 16 tournaments and $1.7 million in prize money to a record $4 million in prize money awarded in 2019. With more than 600 alumnae moving on to the LPGA, former Symetra Tour players have won a total of 445 LPGA titles. Follow the Symetra Tour on the web at www.SymetraTour.com, as well as Facebook.com/Road2LPGA, Twitter.com/Road2LPGA and Instagram @road2lpga.