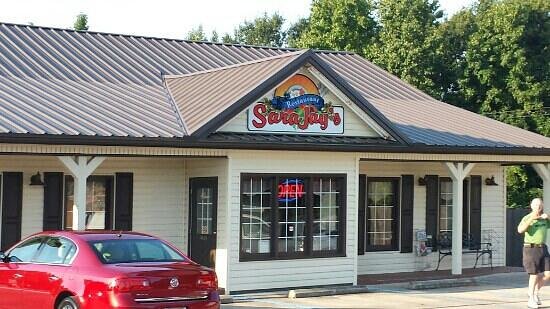 Susie K’s, a new meat-and-three country restaurant, will hold a soft opening Aug. 7 at 6 a.m. in the home of the old Opelika eating establishment Sara Jay’s on 2nd Avenue.
Owned and operated by Opelika residents Tim and Suzanne Lowery, the restaurant will open for breakfast and lunch Monday-Saturday, and offer its patrons healthy, made-from-scratch dining options.
“The menu is going to primarily be similar to what Sara Jay’s was … (but) my wife and I have also been operating a meal prep business for the last three months. There are some of those meals that are going to be a part of what we have,” Tim said.”A few of the plates that have been real popular include a zucchini lasagna, stuffed bell peppers and things like that.”
Tim said the restaurant is nearly finished, and will finish installing the flooring and signage in coming days.
“There’s not a lot of the country kitchens left in the area … I think that establishment (Sara Jay’s) was there a while, close to 30 years. Just being up there cleaning and stuff, a lot of people didn’t even know it was closed, and they’d come up there trying to eat,” Tim said. “I just think it’s a good thing to the community to bring it back.”
Suzie K’s will be located at 1801 2nd Ave.