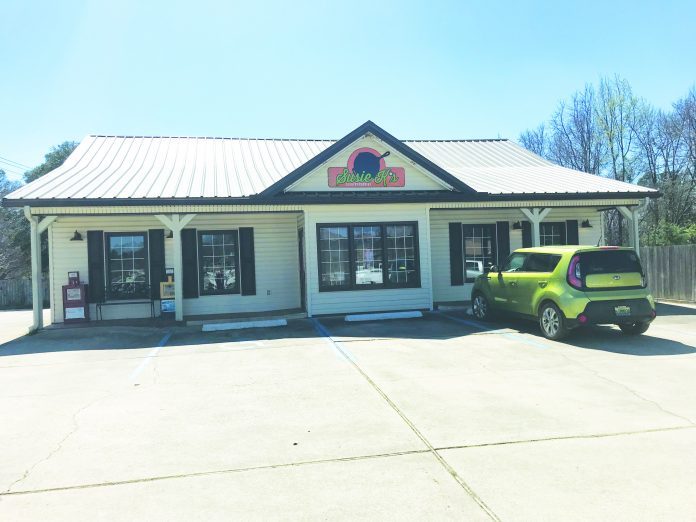 Opelika meat-and-three dining establishment “Susie K’s Country Kitchen” will celebrate its first anniversary as a business next Tuesday.
Owned and operated by Opelika residents Tim and Suzanne Lowery, the restaurant opened in the former home of Sara Jays on Second Avenue last August.
“Going into opening the restaurant was a scary time for us. It was the unknown of will this work or not,” Suzanne said. “We spent much time in prayer before opening as well as after. Leading up to opening day was a whirlwind with all that had to be done in such a short timeframe.”
The restaurant’s menu is deeply rooted in Southern cuisine and culture. Included within the meat-and-three specials are Southern staples like fried chicken, meatloaf and pork chops, and sides like cabbage, cornbread, field peas and fried okra.
Suzanne said she and Tim have grown their customer base by providing their customers with quality food and offering a listening ear to their suggestions and feedback.
“We have tried to listen to our customers since we opened. We have changed our menu based on what we have been asked for, such as changing our daily special to having three meats instead of only one option as well as our brunch options,” Suzanne said. “We had many people asking for dinner hours and decided to try nights. Nights are slowly growing (and) we hope that soon nights will be as steady as our lunch. When we talked about doing nights one thing we wanted was to give the customers menu items they really wanted, (so) we went to Facebook to be able to gauge what the community wanted most.”
In addition to building a solid name and reputation for their business during the last year, Suzanne said the experience has drawn her closer to Tim and the citizens of Opelika.
“Opening a restaurant was something both Tim and I desired to do. The timing of this fell into place when looking for a larger kitchen for our meal prep service we had already started,” Suzanne said. “We have been blessed in many ways from this restaurant … many of our customers have started to feel like family and you start to invest in their lives and how things are with them.”
Future plans for the restaurant include expansion and the addition of several new locations, according to Suzanne.
For more information, call Susie K’s at 334-737-6065 or visit their Facebook page at www.facebook.com/SusieKsRestaurant/.
Their hours are 6 a.m. – 9 p.m. Monday through Saturday.