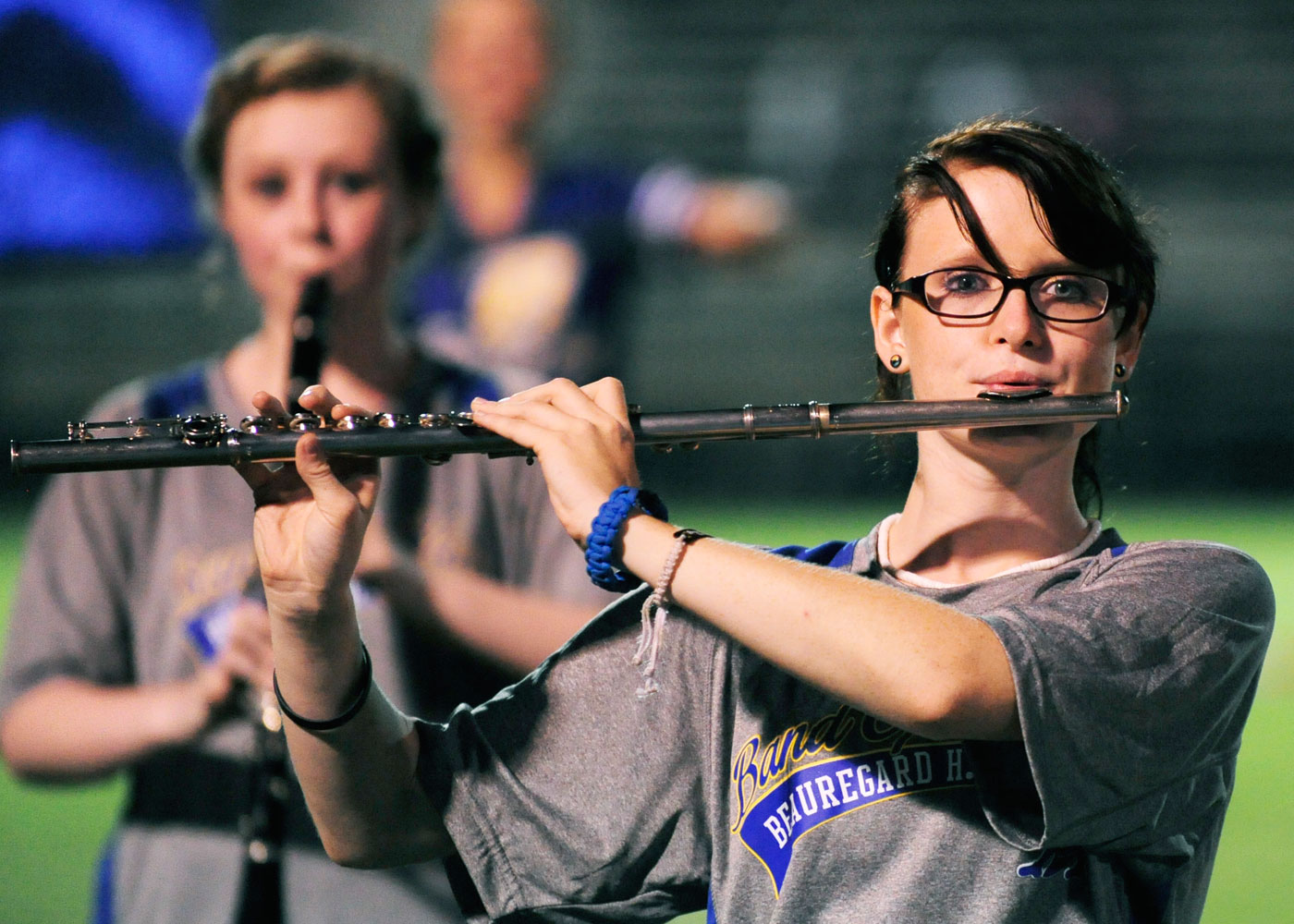 Photo by Robert Noles –  Opelika’s Spirit of the South marching band plays its heart out at Band-O-Rama. Opelika’s band was one of several that took the field at Duck Samford to give parents, friends and other supporters an early taste of their halftime shows for the season, including Beulah and Beauregard. Band-O-Rama has become an annual tradition for band members to showcase their talents.