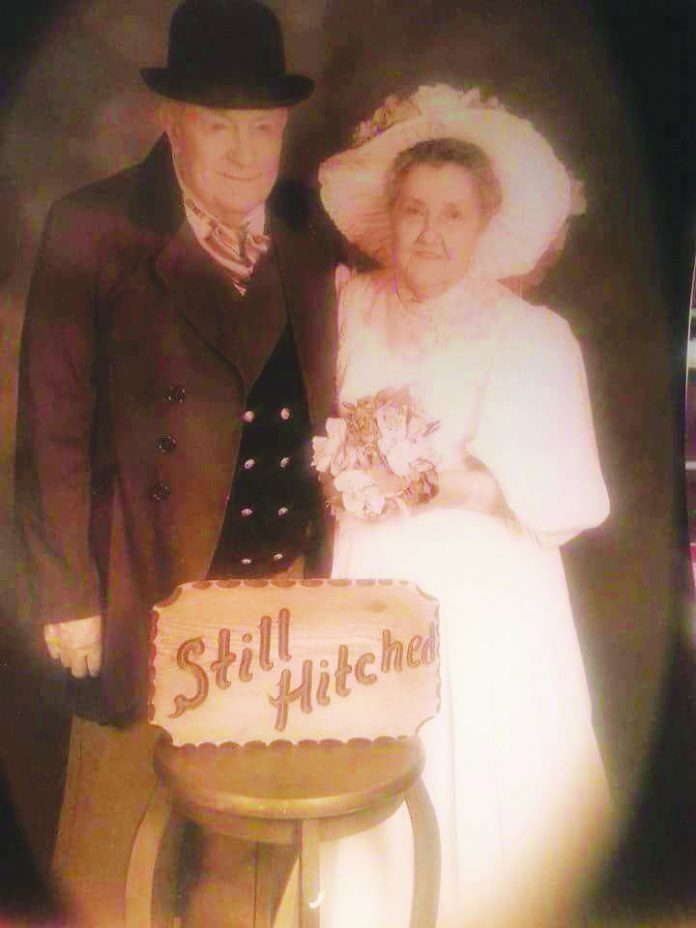 Beauregard residents Preston and Alma Hall attribute the success of their 60-year marriage to their deeply rooted faith in God.
“It’s been a wonderful marriage. After we’d been married 9 or 10 years, and we got in church and we got saved, which was the best thing we ever did,” Alma said. “My advice to couples looking to get married is to get in church if they’re not in church. Get right with the Lord, and let Him work through all the details.”
The couple’s love story began on a November evening in 1957, when Preston, who had recently returned from his Army deployment to Korea, accompanied Alma as her escort for a spark-filled evening full of food, fun and dancing.
“(Preston’s) brother was married to my cousin. One night, they were going out, and asked if I would go with them … but told me I’d need an escort … and that was Preston,” Alma said.
Both shared their memories of that evening.
“I thought she was real pretty. She had pretty, real dark black hair and was real good looking,” Preston recalled.
“I fell in love with him, and he quickly fell in love with me too,” Alma said.
What followed was a whirlwind romance, as the couple wed three months later on Jan. 6, 1958, in a small, private ceremony conducted by a neighboring pastor.
During the early years of their marriage, Preston owned and operated his own trucking business, and Alma served faithfully as a housewife.
Preston switched from trucking to tires after he started working for Uniroyal in 1971, where he would work for the next 21 years. After Preston retired, the couple relocated to Beauregard.
In 2006, a gas leak caused a fire and explosion in their mobile home that nearly claimed their lives. A relative, Eugene Dixon, witnessed the situation, and pulled Preston out through the roof. Suffering from third-degree burns and major smoke inhalation, Preston refused to leave until he knew that Alma had been rescued.
A helicopter flew the couple to the University of Alabama at Birmingham’s hospital for treatment. Both had sustained major injuries and complications that would keep them there for months.
“After a long recovery himself, my grandfather would be at her bedside, which took a couple of months. He would go sit by her even though she could not speak due to being on the vent,” said Holly Long, the couple’s granddaughter. “Their love for one another is like no other.”
Long added that family, friends, church members and complete strangers pitched in later to help build a new home for Preston and Alma after being released from the hospital.
Through all of life’s peaks and valleys, Alma acknowledges that her love for Preston only deepens with time.
“We do have a great marriage. I know I love him more now than when I married him,” Alma said.
Alma, nearly 88, and Preston, 85, are the parents of four children, grandparents of nine and great-grandparents of 11 with the next on the way. Both enjoy spending time together in prayer and reading the Bible, as well as attending First Holiness Church of Tallassee.