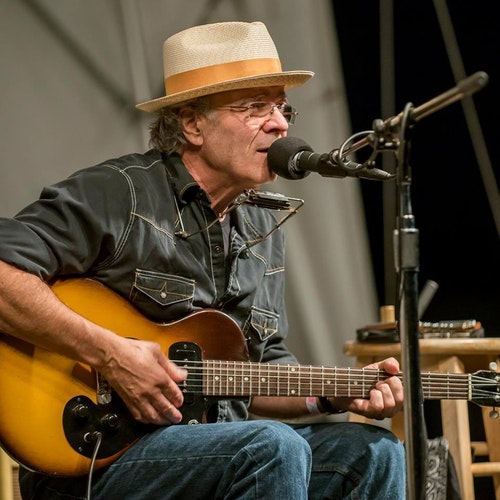 Traveling Canadian singer/songwriter Ray Bonneville will perform at the Standard Deluxe in Waverly Oct. 19.
Known for his blues-influenced, New Orleans-inspired style, Bonneville has earned many accolades, including a Juno Award for his 1999 album, “Gust of Wind.” His post-Katrina ode, “I Am the Big Easy,” earned the 2009 Song of the Year Award from the International Folk Alliance, and in 2012 Bonneville won the solo/duet category in the Blues Foundation’s International Blues Challenge.
Compared by many to J.J. Cale and Daniel Lanois, Bonneville’s life experiences have helped shape and mold him as a musician. He spent a year in Vietnam as a Marine, overcame a drug addiction, lived in Alaska, New Orleans, Paris and Seattle and earned his pilot’s license in Colorado. and spent time living in Alaska, Seattle, Paris and New Orleans.
A close call while piloting a seaplane across the Canadian wilderness to help him decide it was time to get busy writing songs – gritty narratives inspired by a lifetime of hard-won knowledge set against his gritty, soulful guitar and harmonica playing.
On Sept. 7 he introduced his new CD titled “At King Electric”on Stonefly Records, and will promote music from that album on his fall tour.
For more information or to purchase tickets, visit www.standarddeluxe.com. The venue is located at 1015 Mayberry Ave. in Waverly.