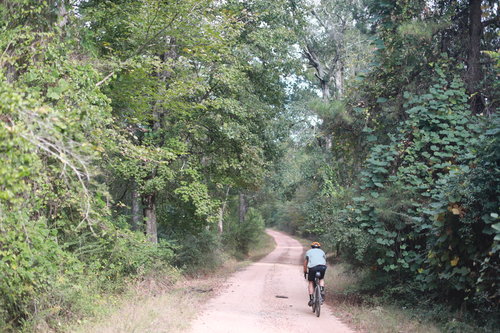 The Standard Deluxe Dirt Road Century is returning to Waverly on Oct. 19. The dirt- road race will begin and end at the eclectic Standard Deluxe music venue.
The race boasts three different routes: a 30, 60 and 100-mile option. Each route will be equipped with aid stations offering food, water and support and gear vehicles. However, participants are encouraged to bring enough supplies to sustain themselves in between stations.
The 60 and 100- mile race routes are competitive, awarding a first, second and third-place prize for the top-three females and males in each route. The coveted prize is a handcrafted, mustache-themed mug courtesy of the Opelika craft shop Birdsongs.
In keeping with the grassroots spirit of the event, non-competitive riders also have the opportunity to win fun prizes based on categories such as human wheelbarrow races and a mustache contest.
“This ensures everyone has the chance to win even if they aren’t the fastest on the bike,” said event spokesperson Mike Bowen.
All participants can enjoy a free meal (and a cold beer) following the race, as well as live music and games at the Standard Deluxe. The event is family-friendly.
“We started this race as a fun grassroots way to increase cycling awareness in the area, highlight the beautiful roads and landscape Alabama has to offer and, most importantly, provide a laid back, fun atmosphere for people to hang out and enjoy good food, music and comradery,” said Scott Dirksen, another event spokesperson. “Even with the increase in demand for the event, we will never compromise the grassroots dirt road bike experience for all levels of cyclists and spectators.”
Registration for the race sold out in a record four weeks earlier this summer. Interested cyclists can still register for the waitlist for each route. Those interested in attending the event without competing are also encouraged to sign up for the volunteer list.
For more information about the Standard Deluxe Dirt Road Century, contact Bowen at michael.john.bowen@gmail.com or Mark Gomez at mark.gomez2013@gmail.com. Those interested can also visit www.terrafirmacycling.com/standard-deluxe-dirt-road-century-1.