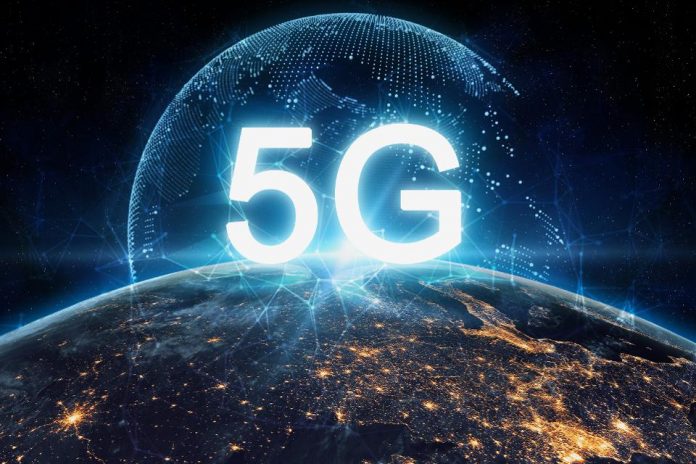 5G is the latest advancement of wireless technology, promoting faster speeds by way of small cell innovation. Smaller cells should mean less exposure to radiation, right? Wrong.
Small cell technology requires more towers and more cells placed throughout you community at locations like street corners, traffic lights or car antennas. Most people already know about how damaging EMF (electromagnetic fields) exposure can be to our health. In fact, EMF-associated radiation has been shown to trigger oxidative stress, which in turn is known to promote many acute and chronic diseases including anxiety, depression, fertility issues and DNA damage. Furthermore, even WHO currently classifies EMFs associated with radiofrequency radiation as “possibly carcinogenic to humans.”
With estimated speeds 10 to 20 times faster than current networks, 5G promises to allow more devices to connect by utilizing higher frequencies, known as “millimeter waves.” TheTruthAboutCancer.com explains how millimeter waves used by smaller cells equals more radiation exposure: “These waves have a much shorter range, and so telecom companies will need to build hundreds of thousands of towers to transmit them.”
Lawsuits and opposition to the forced widespread installation of 5G is worldwide. The FCC has failed to update EMF exposure limits since the 1980s and telecommunications industry executives have testified that they have no scientific evidence that 5G is biologically or environmentally safe. In fact, FCC and FDA executives have testified before the United States Senate that there is currently “no industry-backed safety studies” on 5G technology.
Researchers, scientists and medical professionals have been warning legislators for years about allowing big tech companies to lobby for mass 5G rollout with zero guarantees that the new wireless technology is safe. Dr. Sharon Goldberg, an internal medicine physician and professor, testified in 2018 regarding 5G health dangers, specifically involving electromagnetic radiation.
“Wireless radiation has biological effects. Period. In humans, we have clear evidence of cancer now: there is no question. We have evidence of DNA damage, cardiomyopathy, which is the precursor of congestive heart failure, neuropsychiatric effects…5G is an untested application of a technology that we know is harmful; we know it from the science,” Goldberg said. “In academics, this is called ‘human subjects research.’”
More than 250 scientists and medical doctors have published research about the harmful health effects of exposure to EMFs and RFR (radio frequency radiation). They issued what is known as the 5G Appeal which calls for immediate prohibition of this technology.
Physicians for Safe Technology describes common adverse health symptoms associated with close proximity to cell towers as: headaches, insomnia, dizziness, irritability, fatigue, heart palpitations, nausea, loss of appetite, feeling of discomfort, loss of libido, poor concentration, memory loss and neuropsychiatric problems such as depression and anxiety.
Even our first responders are fighting back against 5G technology. Dave Gilotte, the fire captain/union president at Los Angeles County Fire Fighters is a 25-year veteran firefighter, who gave his testimony at the Los Angeles California Board of Supervisors meeting in 2016 advocating that proximity to cell towers increases negative health effects. His testimony described how firefighters began experiencing mental fog, anxiety, insomnia and behavioral changes as a result of their proximity to cell towers. In California, fire departments are now exempt from the forced placement of towers on their stations because of the strong opposition they have due to health concerns from the radiation.
EMF radiation is a form of energy that can alter and impact the environment, impacting your cells and possibly even having negative health effects. Autistic children may be even more susceptible to the dangers of Wi-Fi radiation than other children.
Dr. Martha Herbert, well known to the autism community, has published a peer-reviewed study called, “Autism and EMF? The plausibility of a pathophysiological link, Part I and Part II.” She states:
“Various vital but vulnerable mechanisms…may be disrupted by [these] environmental agents, [and] various genes associated with autism… With dramatic increases in reported Autism Spectrum Conditions that are coincident in time with the deployment of wireless technologies, we need an aggressive investigation of potential ASC – EMF/RFR links.”
In fact, all children absorb higher concentrations of radiation than adults because of their immature blood/brain barrier. Microwave radiation from wireless devices has also been declared a possible human carcinogen and we know children are at greater risk than adults when exposed to any carcinogen. Last year, California parents lobbied to shut down a Sprint cell tower located on school property after multiple students received new cancer diagnoses. Because the average latency time between first exposure and diagnosis of a tumor can be decades, tumors induced in children may not be diagnosed until well into adulthood.
In Alabama, big tech giant AT&T is actively lobbying for state legislature that installs widespread small cell wireless technology on the basis of expanding high-speed internet access. But do we really want our legislators to allow tech giants to experiment on Alabama’s population with faster devices at the expense of our health? Proponents of SB172 claim that implementing this new untested technology will create jobs and bring in revenue to the state. But there is no way to measure the economic impact that new cancer diagnoses, autism diagnoses, loss in fertility, increased ADHD, anxiety, depression, and insomnia diagnoses that Alabamians will suffer from as a result of our increased radiation exposure from these small cells.
A petition started on change.org has received more than 250 signatures and calls for legislators to oppose SB172 until clear evidence of 5G safety is available. Alabama Outreach Director Helen Underwood has contacted Alabama’s Chief Health Officer Scott Harris about the public health threat small cell technology poses.
“We depend on Alabama’s Department of Health to intervene when a clear and present danger to public health exists and we hope that our Public Health Officials will take an aggressive approach to guarantee that Alabamians have access to safe technology,” Underwood said.
This bill has passed the Senate and is headed to the House of Representatives.
Publisher’s Note: This is an editorial submitted to the Observer and is the opinion of the author.