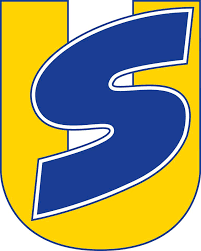 Southern Union State Community College invites alumni and friends of the college to join in its homecoming festivities on Nov. 16.
The Bison basketball teams will take on Wallace-Selma with the ladies tipping off at 2 p.m. followed by the men at 4 p.m.
A highlight of the afternoon will be the presentation of the homecoming court and crowning of the homecoming queen which will take place during halftime of the men’s game. Members of the homecoming court are: Tori Brown (Wadley), Maggie Edwards (Woodland), A’niah Ford (Alexander City), Hannah Peoples (Childersburg), Kylee Ray (Wedowee) and Madelynn Sheppard (Wedowee).
For the first time, Southern Union will crown a homecoming king at the festivities. Candidates for king are: Corey Adams (Valley), Tucker Allen (Woodland), Samuel Leva (Lanett), Jake Lipham (Ashland), Oliver Mills (Valley) and Billy Turner (Wedowee).
The queen and king will be chosen by popular vote among the students.
Homecoming is sponsored by the SU Student Government Association. Numerous activities and Spirit Days are planned for the week prior to the game.
The Southern Union Alumni Association and Student Government Association encourage all active alumni, former students, and friends of the college to join in this year’s homecoming festivities.
For more information, visit www.suscc.edu. The Wadley campus is located at 750 Roberts St.