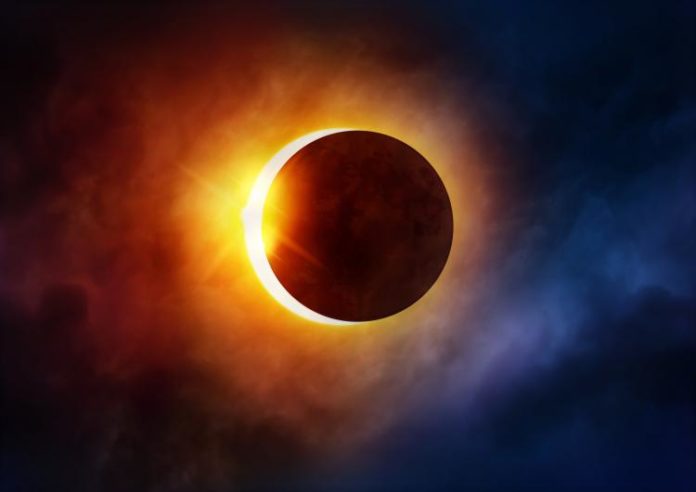 Starting at 12:05 p.m. on Aug. 21, Opelikans will have a chance to witness the ‘Great American Total Solar Eclipse’.
Viewable by most of North America, shadows from the eclipse will sweep the United States, with coverage extending from Oregon to Georgia.
Ron Sanders, a Southern Union astronomy/physics teacher, explained the coverage and timing of the eclipse in the Opelika/Auburn area.
“For us, it’s going to be a partial eclipse. We’re going to see about 92 percent of coverage,” Sanders said. “It will start at 12:05 (p.m.), first contact, 1:36 (p.m.) is when we will see the fullest coverage, and it will last until 3 or 3:02 p.m.”
NASA maps show that the closest total eclipse point to Opelika is Columbia, S.C., which is approximately 309 miles away.
Eclipse-viewing
safety tips
Many area schools, including Opelika Middle School students, are taking a break from their regular schedule that day to view the eclipse.
Sanders said welding glasses, ISO-certified eclipse glasses, or eyewear with Shade 14 lenses will all provide the necessary protection to view the eclipse.
Without proper eyewear, however, Sanders said even viewing the smallest sliver of light can be damaging to the retina, the light-sensitive layer of the eyeball which transforms what humans see into images.
“It’s imperative people not watch with the naked eye or with just regular sunglasses. You can’t watch it that way without some kind of damage,” Sanders said.
What is an eclipse?
A total solar eclipse occurs during the moon’s ‘new moon’ phase, when the sun and moon are seen in conjunction from the earth, a phenomenon known as syzgy.
During this period of the moon’s rotation, the heavenly body either partially or totally blocks the sun for a time, causing the eclipse.
According to statistics from space.com, total solar eclipses are not a rare astronomical phenomenon, but can be visible from some point on the earth every 18 months, or twice in a three-year span.
On average, the duration of a total solar eclipse is two hours, with totality lasting approximately 7 and 1/2 minutes.
The next total solar eclipse that can be viewed from North America is projected to occur in 2024.