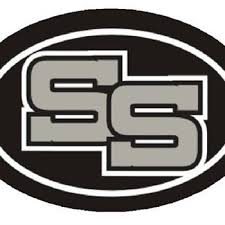 Smiths Station was eliminated from playoff contention last Friday following a heartbreaking 23-18 loss to region foe Prattville.
After falling behind 14-0 to Prattville in the first period, the Panthers were able to swing the momentum back in their favor, as quarterback Corey Minton connected on a 19-yard touchdown pass to Payton Wiggins early in the second quarter. Kicker Taylor Walker added a field goal minutes later to give the Panthers a four-point deficit going into halftime.
The only score in the third quarter came on a 25-yard dash from Prattville’s dual-threat quarterback Taair Edwards.
Both teams’ defenses anchored down, forcing multiple three-and-outs during the
next handful of possessions.
With 5:22 left in the fourth quarter, trailing 21-10, Smiths Station running back L.C. Harris ignited the Panther faithful with a 40-yard run to paydirt. Minton bowled over Prattville defenders to notch a two-point conversion and trim their opponent’s lead to three.
The Panther offense failed to capitalize on back-to-back stops by its defense, as the second drive was ended on a snap over Minton’s head that rolled out of the endzone for a safety with 35 seconds left to play.
Prattville recovered a Smiths Station attempted onside kick to end both the game and Panther’s postseason hopes to win 23-18.
Despite a sluggish first-half performance, the Panthers managed to generate 265 yards of total offense, with 206 of that total coming on the ground.
Harris led in the rushing department with 19 carries for 120 yards and a score. Minton was efficient, completing 9-of-16 passes for 59 yards and a TD.
Under first-year Coach Mike Glisson, the Panthers have managed to find success again on the gridiron. With five wins already this season, he exceeds the combined win total of two wins during the last two seasons.
Statistically, the Panthers have improved on both sides of the ball from last year. The offense is up from 3.7 points per game in 2017 to 16.1 in 2018. Smiths Station’s defense is the greatest turnaround, decreasing from 44.7 points per game allowed in 2017 to 20 in 2018.
With the loss, the Panthers fall to 5-4 overall, 2-4 in region play. They travel to Tiger Stadium next Friday in a non-region matchup v. Eufaula, who also sports a 5-4 overall record.
Kickoff is set for 7 p.m. C.S.T.