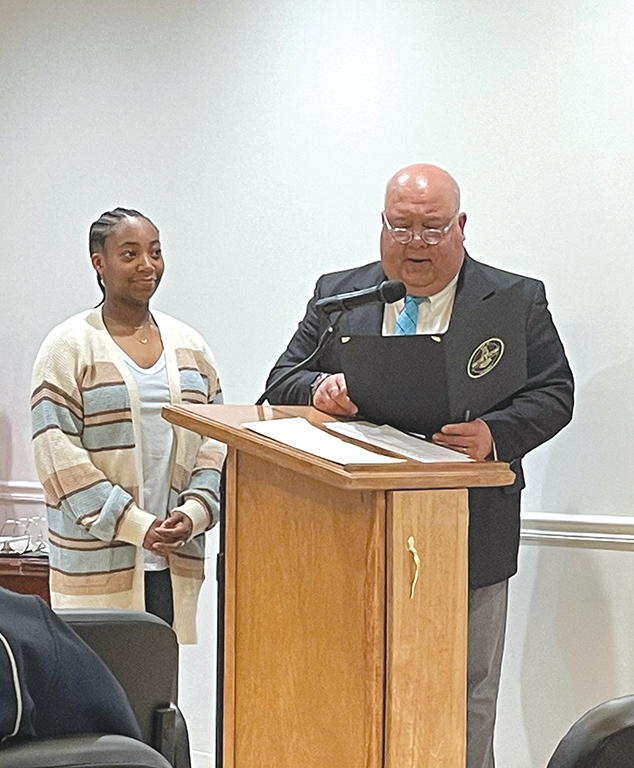 As the new year moves forward, Smiths Station City Council approved new business related to projects and city employees, set a sales tax holiday and heard the results of its annual audit during its January 2023 meetings.

“What we do is we rely heavily on you guys to make sure that the council continues to monitor the numbers and hold the Accounting Department accountable to make sure you’re spending as you should,” Tydings told the council.

Smiths Station will also join dozens of communities across the state in observing the Severe Weather Preparedness Sales Tax Holiday from Feb. 24 through 26.

At the Jan. 24 meeting, the council approved an amendment to Section VII of the Solid Waste Ordinance, which concerns exemptions.

Previously, exemption claims were only accepted between July 1 and Aug. 31. The amendment to the ordinance allows applicants to make claims for exemption outside that timeframe.

“[With the amendment] we’re able to make decisions — if we need to — mid-year for, maybe, annexations,” said Smiths Station Mayor F.L. “Bubba” Copeland.

The council approved business related to various city projects as well. One item was a cost-sharing agreement with Smiths Water and Sewer Authority Inc. for the Sanitary Sewer Expansion Project, which entails sewer expansion from Lee Road 243 to Highway 280, according to Bryce. It is also tied to commercial development and will provide sewer access to residents on Lee Road 243 (Railroad Avenue) and Summerville Road.

The council also approved a contract with D&J Enterprises Inc. in the amount of $222,720 for the Cummings Road (Lee Road 294) Improvements Project.

In addition, the council approved an extension of a special use permit for modifications of a wireless telecommunications facility on Mullin Road.

The Lee County Board of Education also recognized Hoskins at its Jan. 10 meeting.

The Remembrance Project was established to honor the lives of African Americans who were mistreated as far back as the 18th century, Copeland explained. He presented Hoskins with a city coin the day she won the award and issued a proclamation in her honor at the Jan. 24 meeting.

“She had competition [at other schools] … and Smiths Station stood out,” said Place 2 Council Member Morris Jackson, who was present when Hoskins received her first place award at the county courthouse. “She represented Smiths Station well.”

Hoskins said she was glad she won the competition and glad to be making a change.

In other business, the council appointed Fran Remington to the vacancy on the Environmental Committee and approved a contract for Parks and Recreation Department Assistant Larry Hart in the amount of about $1,000 per month to perform additional duties. Copeland said Smiths Station also enjoyed a successful MLK City-Wide Cleanup Day Jan. 21, with about 70 volunteers turning out to help pick up trash along the city’s roads.

Smiths Station City Council meets on the second and fourth Tuesdays of each month at 6 p.m. Eastern Time at the city government building, located at 2336 Panther Parkway (Lee Road 430). A public work session is held 30 minutes prior.