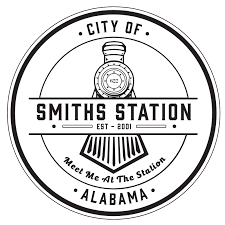 The Smiths Station City Council breezed through its regular meeting last Tuesday night at City Hall.
Only one business item was on the agenda, a resolution authorizing Mayor Bubba Copeland to repay a security deposit of $5,000 to Colby and Megan Rasmus.
Copeland also discussed his intentions to push for changes to the city’s employee handbook later this year, which he described as “severely outdated.”
The Smiths Station’s City Council will hold its next meeting March 27, with the work session beginning at 5:30 p.m. Eastern Standard Time. The group meets on the second and fourth Tuesday each month.