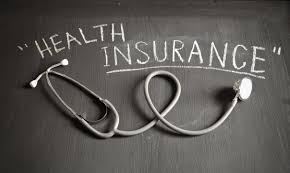 During the presidential campaign, Southern Evangelical Christians were much in the news.  Then, once their candidates were elected, they seemed to fall silent.  This caught me by surprise, for a “wait and see” attitude is not their usual posture.
With so much out there needing reformation, Southern Evangelicals have never lacked causes.
However, on the off chance that this lull is the result of a shortage of targets to shoot at, I’m gonna give ‘em one.
A big one.
Waistlines. Southern waistlines.
Let me explain.
Dixie has a problem with the high cost of health insurance. (How bad the problem is depends on who you ask, but everyone says it is a problem.) Studies also show that Southerners also have a problem with plump people.  There are too many of ‘em.
Well someone has suggested that public employees and teachers who are considered obese should have to pay more for health insurance than those who aren’t. (Now I’m not talking ‘bout folks with glandular conditions. I’m talking about the “belly up to the buffet” crowd. We know who we are.)
Evangelicals should jump on that one like a chicken on a June bug.
First, if you believe all that Southern Evangelicals said back during the recent presidential campaign, high on their list of things that need to be done, next to bringing folks to Jesus, is to reduce the size and cost of government – state and federal. Now they can do this by reducing the size of our citizens. (Me included. I can look in the mirror as well as point fingers.)
How are they going to do this?
Well, to begin with Southern Evangelicals need to come out full-favor, flags-flying, in support of charging fluffy folks more for health insurance.
Then they should launch a campaign among their members to get them to set the example of clean living for fatties who will be hit with higher premiums.
And the members they should target first are ministers.
“But wait,” I hear you saying, “aren’t ministers already examples of clean living?”
Well, mostly.
Except around the middle.
And it’s not just the ministers; it’s their flocks as well. As Autumn Marshall, a nutritionist at Churches of Christ Lipscomb University observed, “most evangelical Christians don’t drink, smoke, curse or commit adultery. So what do we do?  We eat.”
And you know what eating does.
But let’s start with the ministers, since studies show that when you break down the population into religious groups, evangelical Christians come out the heaviest. (Southern Baptists top the list so those ministers should readily rally to the cause. Why in 2002 the top medical claims paid by that denomination’s employee health insurance program were for bad backs and high blood pressure – conditions associated with being overweight. So they could save their church some money as well.)
And how will Evangelical Christians and their ministers set this example?
By getting on board the Christian weight loss program that has been around for years and which Southern evangelicals have generally ignored.
Way back in 1957, Charles W. Shedd published “Pray Your Weight Away.” Other titles by other authors soon followed: “Help Lord – The Devil Wants Me Fat,” “More of Jesus, Less of Me,” and my personal favorite “Slim for Him.” In 1972, a Christian diet program, “3D (diet, discipline, and discipleship)” got going, to be followed by “First Place” (which is used in over 5000 churches) and “Jesus is the Weight.”
But start with the ministers. Not just because they are the leaders but because in most evangelical churches they are men – and men are the ones who don’t diet. Can you picture a Deacon coming down to the alter and testifying as to how “the Lord has delivered me from Little Debbie cakes,” as a woman recently did at a seminar in a large Pentecostal Church?
Nossir, the ministers have got to set the example, got to resist that second piece of fried chicken, got to tell mashed potatoes and gravy to get behind them, back there with their large butts and Satan.
I bet the ministers can do it. And if the ministers do it, their congregations will surely follow – for following ministers has long been a central feature of Southern Evangelicalism. And because so many Southerners are good church going folks, they will adopt that healthier lifestyle, shed the pounds, and health care costs will go down.
Remember, you heard it here first.

Harvey H. (“Hardy”) Jackson is Professor Emeritus of History at Jacksonville State University. He can be reached at hjackson@cabeone.net.