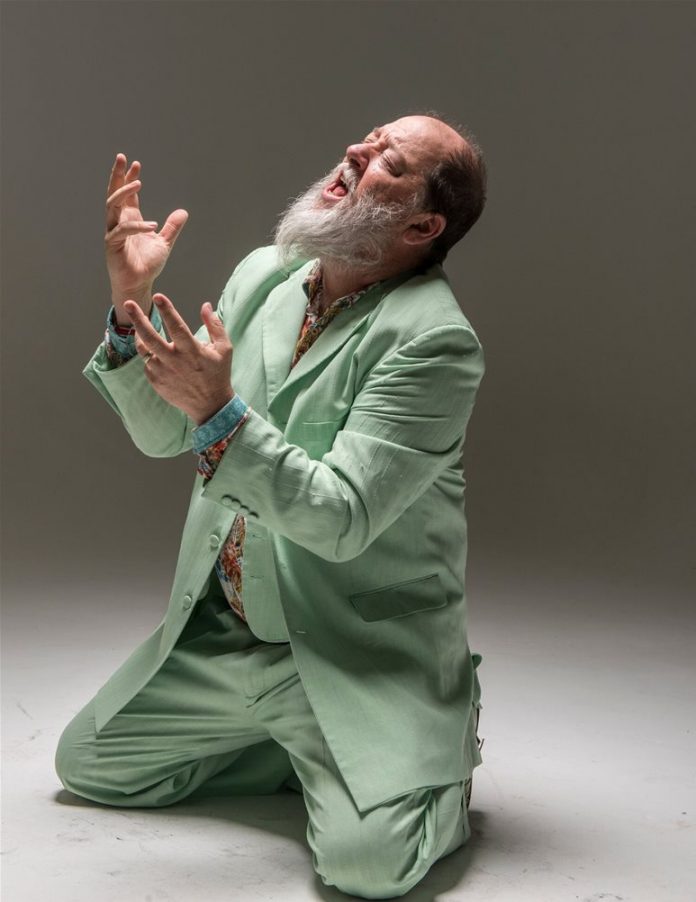 Enjoy a show by Kevin Russell of Shinyribs on Dec. 14. The show will begin at 7:30 p.m. in the Little House at The Standard Deluxe in Waverly.
Russell is the lead vocalist and guitarist for Shinyribs. Shinyribs is the continuation of Russell’s musical journey that began in Beaumont, Texas, when, at 14 years old, he found his father’s guitar under his bed.
Following his family’s oil boom and bust migratory path, he landed in Shreveport, Louisiana, where he formed his first band. A Shinyribs show is an exaltation of spirit. It’s a hip shaking, belly laughing, soul-singing, song-slinging, down-home house party.
All styles of American music are likely to be touched on, squeezed on and kissed on by this world-class band featuring Winfield Cheek on keyboards, Keith Langford on drums, Jeff Brown on bass, the Tijuana Trainwreck Horns and The Shiny Soul Sisters – Kelley Mickwee and Alice Spencer. Whether on his six-string ukelele or his electric guitar or singing a cappella, Russell will entertain you like no one else.
The freedom with which Russell moves is an experience in and of itself. His original songs laced with magical-realism along with novel interpretations of popular songs old and new (George Jones, TLC, Leadbelly, T-Pain) are the true art that runs throughout. He’s Burl Ives meets Al Green; Hank, Jr. meets Teddy Pendergrass; Wendell Berry meets Chuck Berry.
The show is a bring-your-own-beer event. However, no glass is allowed in the venue.
Tickets are $20 each and must be purchased online. No physical tickets will be mailed, so guests must select “Will Call” in the shipping information at checkout.
For more information or to purchase tickets, visit www.standarddeluxe.com. The venue is located at 1015 Mayberry Ave.