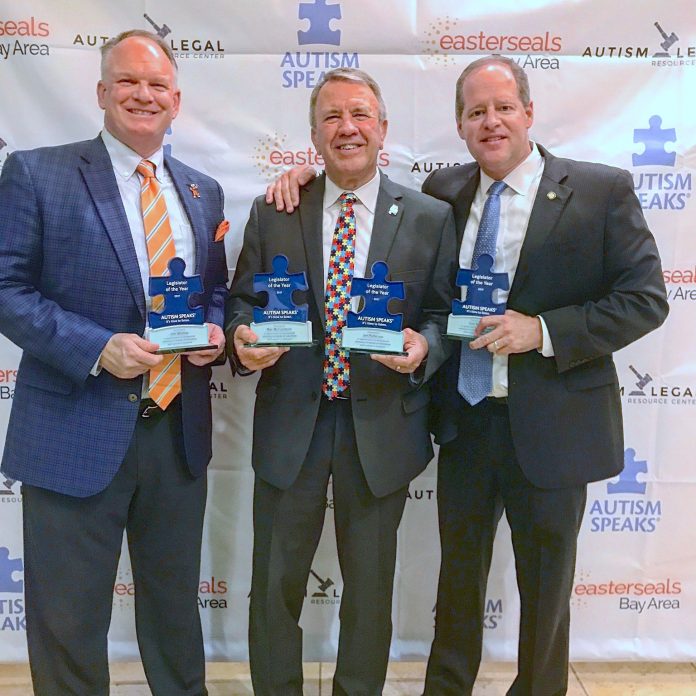 State Senator Tom Whatley (R-Auburn) was named a “Legislator of the Year” at the recent Autism Law Summit, a national conference held in San Diego that brought together more than 200 autism service providers, lawyers, state and federal lawmakers, and parents of children with autism.
Whatley co-sponsored a bill in the 2017 session of the Alabama Legislature that requires insurance companies to offer coverage for autism treatment. On May 19, Ala. Gov. Kay Ivey signed the bill into law, making Alabama the 46th state to ensure insurance coverage for the treatment of autism.
“Senator Whatley was our bill sponsor in the Senate – he eagerly volunteered to carry the bill and was key to getting it out of the Senate,” said Michael Wasmer, the Alabama State Director for Autism Speaks, a national non-profit dedicated to increasing healthcare access for autistic individuals. “In addition to steadfastly representing autism families, Senator Whatley’s district includes Auburn University, which houses a premier Applied Behavior Analysis (ABA) program.” Last Thursday morning, Whatley said it was a deep honor to receive the award.
“Autism affects thousands of families across Alabama, and it was time that we made sure those families could access affordable treatment for their children,” Whatley said. “There are a lot of dry legislative battles in Montgomery, but this was a fight that was clearly worth it, and it is an honor to be recognized for the small part I played in the process.”
The 2018 session of the Alabama Legislature will begin on Jan. 9.