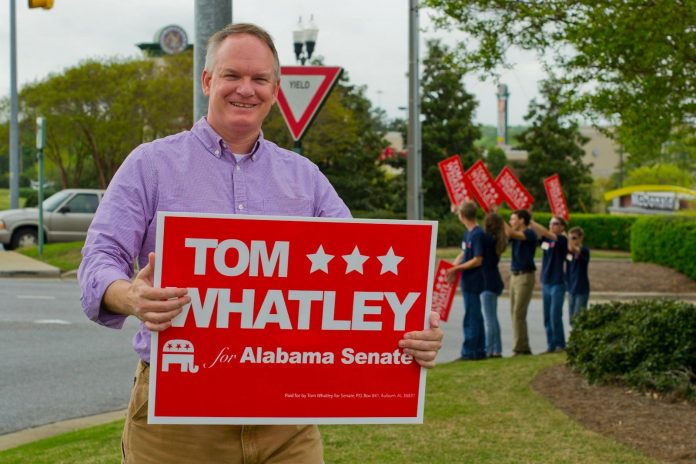 Sen. Tom Whatley (R-Auburn) has been elected Chairman of the Alabama Legislature’s Joint Committee on Self-Driving Vehicles. The committee is composed of five state senators and five state representatives and was created by the State Legislature in 2019 to “study all aspects of self-driving vehicles…including specifically, the issues of public safety and state and local economic impact regarding such vehicles.”
“Self-driving vehicles are already a reality, in terms of the technology, and there are a host of questions we need to consider from a legal and safety perspective,” Whatley said. “It’s an honor to be named chairman of the committee, and I look forward to working with the other committee members, as we talk with researchers and technologists from around the country, to assess the best path forward for Alabama.”
Lt. Gov. Will Ainsworth had the appointing authority for the five Senate members on the committee and praised the selection of Whatley as chairman.
“Congratulations to Senator Whatley on being chosen as chairman — I know he will work well with all of the committee members, as they study an issue that has the potential to transform the transportation industry. Autonomous vehicles are certainly coming, and we need to think creatively and strategically to ensure that Alabama can benefit from these exciting advances in technology, while protecting the safety of our roads and highways,” Ainsworth said.
Per Senate Joint Resolution 21, any bill regulating the use of self-driving or autonomous vehicles shall be referred to the Joint Committee for review and comment, prior to being placed on a standing committee’s agenda in either legislative house.
The members of the Joint Committee are:
Sen. Tom Whatley
Sen. Randy Price
Sen. Clay Scofield
Sen. Rodger Smitherman
Sen. Gerald Allen
Rep. Wes Kitchens
Rep. Barbara Drummond
Rep. Danny Garrett
Rep. Margie Wilcox and
Rep. Craig Lipscomb.