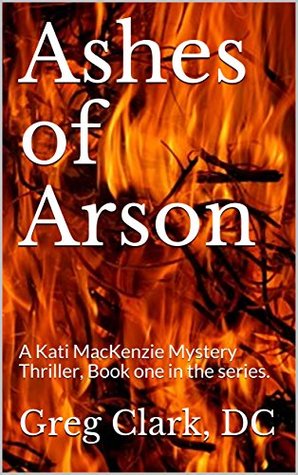 The second installment of an Opelika-based murder mystery novel series by local author Greg Clark is set to release in February.
“Ashes of Arson: Arson Revisited” will bring readers up to speed on protagonist Katie MacKenzie, an insurance adjuster fresh off solving her first-ever murder case.
After finding two charred bodies in a fictitious warehouse fire in the first novel, the second features a fire in the basement of a home in Opelika’s historic Northside neighborhood that Mackenzie believes could be a cover-up for murder.
“Since the first book, she has become more secure with herself and in her relationship with a local fireman named Rich. She’s also improving her status with the insurance company and becoming a better shot with a gun, which she feels more comfortable with now,” Clark said.
Reception for the first book exceeded Clark’s expectations, rising to #13 on Amazon’s “Best Crime/Mystery-Solving Books” list in the days after its release.
Through frequent visits to downtown Opelika with his wife, Clark said the area served as the inspiration for the location of the series.
“My wife and I really love the Railroad Avenue district of Opelika … and we visit there frequently to eat the restaurants and often just walk around the neighborhood. As we were walking around in Eighth and Rail, I just got this idea of writing a novel, an idea that I’d been toying around with for years,” Clark said in an interview last year. “And that’s when we started talking about the whole novel taking place and being set in Opelika.”
Clark added that a third book in the series is currently in the works.
No release date for the book has been set, but updates will be available through his Facebook page “Greg Clark, DC” and personal website www.gunbuild.com.
These books are self-published and can be purchased through Amazon.