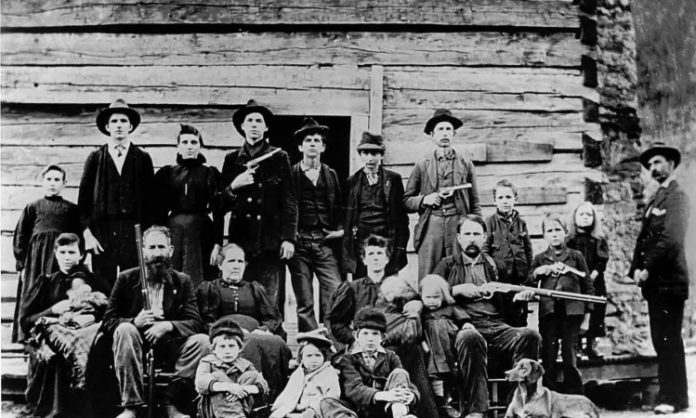 A while back Parade magazine headlined what they described as “A Provocative Report” by former Navy Secretary James Webb. All over the cover were pictures of folks like James Steward, Reba McEntire, Mark Twain, John McCain, George Patton, Tallulah Bankhead, Andrew Jackson and John Wayne. “Can you guess what they have in common?” challenged the caption.
I would have said that they were all white folks, except there in the middle of them was Rosa Parks.
So I turned to the story and found, guess what – they were Scotch-Irish.
And a lot of other folks must have done the same thing for over the next few weeks I kept getting asked – “is it true? Are the Scotch-Irish really that important?”
Now let me say this about that. Parade is not a source that I cite very often. Or for that matter, consult very often. I usually don’t get beyond the page where readers ask about things like Chelsea Clinton’s cosmetic surgery and get answers about her latest boyfriend – not exactly on point.
But I do want to give Parade credit on this one, because it got a lot of folks with names with “Mc” at the beginning or “son” at the end and all sorts of variations thereof to thinking about where they came from. Which ain’t all bad.
Now historians have recognized that many of the characteristics we consider
“Southern” today can be traced back to the doings of our Scotch-Irish ancestors. Dour Presbyterians for the most part, they came into the wilderness with a gun in one hand, a Bible in the other, and the conviction that God would take the land from the heathen and give it to the righteous – and they knew which they were. This conviction that the Lord had singled them out for greatness ran afoul of their free-will brethren, who tried to punch holes in their belief in predestination – the story is told of a Scotch-Irish Presbyterian preacher who packed his gun when he prepared to go into the wilderness.
“What you taking that for,” a local wag asked. “Don’t you know that an Indian
attacks and it is your day to die, that gun won’t help?”
“True,” said the preacher, “but on the other hand, it just might be the Indian’s day and I want to be ready to do my part.”
This little story not only underscores the Scotch-Irish eagerness to help the Lord in His good works but their (our) willingness to use violence if the case calls for it – which when Scotch-Irish were (are) involved, it usually did (and does). Arrived from what has been called the Celtic fringe of Britain – the Scottish Highlands, Wales, and Ireland – they came Clannish by tradition, quick of temper, and ready to redress grievances, real or imagined.
Over the years historians, sociologists, and others of that ilk have credited the Scotch-Irish for country music, the South’s high murder rate, our preference for pork and our dislike of government, an inclination to scatter wild oats on Saturday night and go to church Sunday to pray for a crop failure, along with a whole host of social and anti-social behavioral patterns.
We (the Scotch-Irish) are also credited with losing the Civil War for Dixie.
Seems that among the many things our ancestors brought with them was a military tactic based on the headlong charge, which when applied at places like Gettysburg proved disastrous to those charging. However, I am not sure the tactic alone was to blame. As General George Pickett noted when someone asked why his heavily Scotch-Irish infantry failed to break the center that fateful day, “The Union army might have had something to do with it.”
While pondering all of this I took another look at the cover of Parade and another common characteristic struck me – most of those pictured, the ones alive today, were Red State folks.
And that, I suggest to you, explains how Donald Trump won the recent election. He captured the Scotch-Irish. He carried the folks who Andrew Jackson rallied against. The folks who run things from the swamps of D.C. and Wall Street.
If the Democrats hope to win the presidency again, they need to find a way to swing the Scotch-Irish vote.
Harvey H. (“Hardy”) Jackson is Professor Emeritus of History at Jacksonville State University. He can be reached at hjackson@cableone.net.