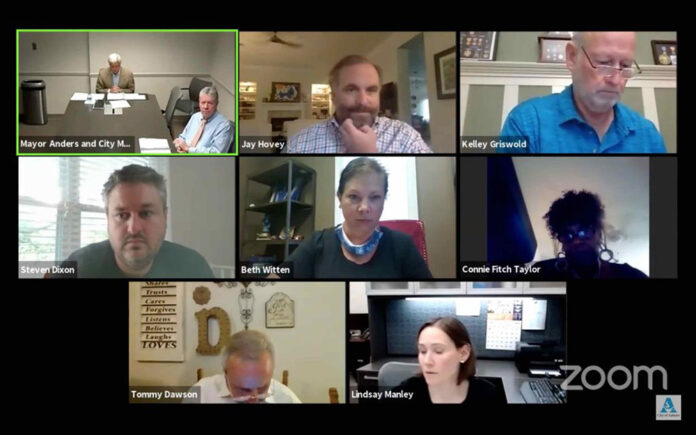 The Auburn City Council discussed how the council responds to citizens during its committee of the whole meeting on March 2.

“Our stated procedures for a regular council meeting, they end with the, after ordinances and resolutions and other business, then we have citizens open forum, then we have an immediate adjournment after that,” Griswold said.

Griswold said part of his concerns stemmed from response from constituents.

“A constituent approached me and said that leaves the impression that we don’t really care about what the public has had to say to us during that period of time or that we really don’t want to provide them an answer,” he said.

Auburn Mayor Ron Anders said that anyone on the council can respond if they so choose and that the city manager can follow up with the citizens too.

Sometimes the council and staff are not ready to answer questions the night of council, Anders said.

Griswold said that the council should let the citizens know, then, that they do not have an answer at that time, rather than no response at all.

Ward 1 Council Member Connie Fitch Taylor said she agrees with Griswold. She’s been on the other side of the podium in the past, she said, and it feels awkward waiting on an answer.

“I totally agree with Kelley; that is our responsibility to be responsive,” Anders said. “And I would also say that this is much friendlier in person than it is on Zoom.”

Anders said there could be something more procedural in place before the March 16 meeting.

“Whatever it is we need to do to get more confidence back into the public is fine with me,” Griswold said.

The council authorized street closings and parking lot closings for community events in 2021.

The council approved a contract with the Alabama Department of Transportation for a traffic signal at the intersection of South College Street and Shell Toomer Parkway.

The council approved a contract with Ryan Public Safety Systems for the renewal of a customer support fee for the 911 Call Handling System.

The council approved a contract with the Alabama Historical Commission or a certified local government grant for training for the Auburn Historic Preservation Commission.

The council accepted a warranty deed and approved compensation of $3,500 for the estate of late medal-of-honor recipient Bennie Adkins. This was part of the project for the resurfacing, widening, drainage and installation of traffic signals on College Street, Samford Avenue, Gay Street and Reese Avenue.

Anders asked the council members to each respond to an email he sent about trying to return to in-person council meetings soon.

“It would be my preference, as soon as we can get into our new building, in our new chambers, that we try to meet there,” he said.

There is no set date in place for returning in person, but the council may do so soon.