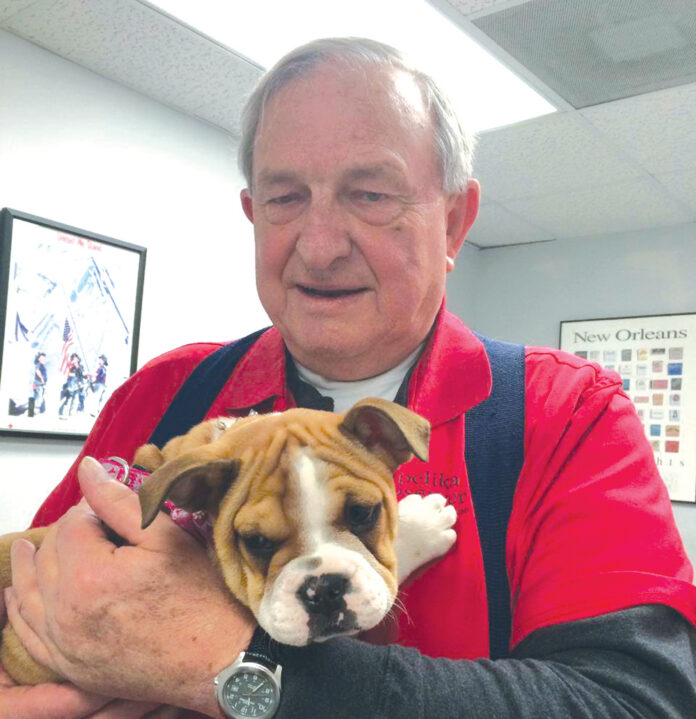 “I am proud of you, and what you’ve done with the paper.”

Those are the last words that Fred Woods, my former boss and mentor, said to me just a little over two weeks ago. At the time, I had no idea that would become my last memory of him.

Fred passed away on Wednesday night following a short stay in the hospital for heart related issues.

Like myself, Fred was not an experienced journalist when he and others from Opelika joined forces to create the Opelika Observer in 2008. He would later become the editor of the paper and enjoyed not only helping proofread every week, but also writing articles.

While Fred originally joined the Observer as an investor, he became the editor of the paper with business partner Buddy Bruce as the publisher in 2010. Bruce fondly remembered their time working together and discussing content for each issue.

“Neither one of us had any intention of running a newspaper, none at all,” Bruce said. “We had invested in the paper, and then wound up where he was the editor and I was the publisher. We were like the ‘Odd Couple’ running a newspaper at that point because we did not know a thing about what we were doing.

“We had some good times, learning the paper business and running it for a while. He confided in me that a lot of it he enjoyed doing. He loved Opelika.”

I met Fred in 2014 when I interviewed with him for a part-time position as the office administrator. He later became my biggest supporter and mentor when I purchased the paper from him and the other owners at the end of 2017. He was always available to answer any questions that I had. Prior to the COVID-19 pandemic, he would stop in and have a chat with me. I looked forward to those visits and missed them when he was unable to stop by.

I am grateful that we had a chance to catch up and chat one last time earlier this month.

Fred loved writing about the amatuer football team, The Opelika Chiefs. Bruce recounted the good times that the two had traveling to watch the team play in a championship game.

“Fred just had a ball going down near New Orleans to watch that championship game,” Bruce said. “He really liked following the Chiefs and writing about them. The Observer covered the chiefs in both Georgia and New Orleans.”

Former Opelika Observer employee and native Opelikian, Cliff McCollum, had this to say about Fred:

“Fred Woods was a great editor to work under and an exceedingly good man. Despite not having a real background in the newspaper world, he took to it well and ended up thoroughly enjoying it along the way. He didn’t pull any punches and he stood up for what was right, and he encouraged us to do the same. He was one of Opelika’s best and will truly be missed.”

Fred received a bachelor’s degree and a master’s degree in Agricultural Economics from Auburn University.

Most of his career before his time with the Observer was spent working in Washington, D.C. for the Department of Agriculture, and the Congressional Research Service. He traveled to other countries including Armenia, where he helped set up the agricultural ministry for the newly established government. He retired from the USDA in 1998.

Observer photographer Robert Noles remembered how Fred would talk about his time working in D.C.

“Fred was a truly southern gentleman,” Noles said. “I enjoyed the stories he told me about when he worked with the US Department of Agriculture and his adventures abroad working with other countries.”

Noles and Fred attended a lot of events together. Fred would write about them and Noles would take photos.

“One day, I walked into his office after  the APA announced the annual awards,” Noles said. “He said ‘I have good news and bad news. The good is that you won an award for my pictures, the bad news is you are not getting a raise.’ We both always harassed each other but always got a good laugh out of it as we poked fun at each other.”

“Other times we would talk about the place at Oak Bowery as he farmed and raised cotton,” Noles said.

Upon his retirement, the W. Fred Woods Award for Excellence in Public Policy Research and Education was established in his honor and has been awarded annually, since 1999, to the U.S. Department of Agriculture employee judged to have made the greatest contribution in these areas.

“Fred had an amazing life and often told stories from his years in Washington and far-flung parts of the world while he worked for the USDA, but he also had a strong sense of home and had a great love of Opelika and Lee County,” McCollum said in a Facebook post on Thursday. “He accomplished a great deal in his long career in government (too much to even mention), and even had a yearly award for public policy named after him that the USDA still awards to this day. But you had to pry stuff like that out of him — he was a genuinely humble man.”

“I first met Fred Woods when I returned to journalism from academics in 2011,” said Observer columnist and writer, Greg Markley. “We hit it off very well, sharing our love for travel and The Economist — we were both long-time subscribers. Both of us liked balanced, thorough reporting and the tongue-in-cheek writing of The Economist.

“After a year, I was honored to become a “political writer,” even as a part-timer. Fred was a well-respected editor who successfully led the Observer through its early stages. He was a fierce defender of Opelika’s reputation.”

Fred was a dedicated member of the Opelika Kiwanis Club and enjoyed volunteering throughout the community. Current president of the Kiwanis Club and Lee County Circuit Court Clerk, Mary Robertson, shared fond memories of Fred.

“Mr. Fred will always have a special place in my heart,” Robertson said. “When I was first appointed to the position of Circuit Clerk and adjusting to the weight of this incredible responsibility, Fred always said just what I needed to hear for encouragement and support. He seemed to have a knack for such things … always able to sense when someone needed a smile or a hug or words of wisdom.”

Robertson said that Fred always asked about her family and that she valued their friendship.

“He knew I was a daddy’s girl, and when my father was sick, he made it a point to often ask how he was and let me know that he was praying for my family,” Robertson said. “He never shied away from stating his opinion on a topic, but it never seemed to be divisive or interfere with his ability to be kind to everyone. I am a better person because of Mr. Fred, and I am grateful that God gave me the blessing of calling him friend.”

A memorial service for Fred was held on Saturday where his family and friends gathered to honor a life well lived. He will certainly be missed by the Opelika community.

Fred will be missed by all of us at the Observer that knew him and worked with him. Thank you for being my friend and mentor but also for believing in me and trusting me to continue your work.