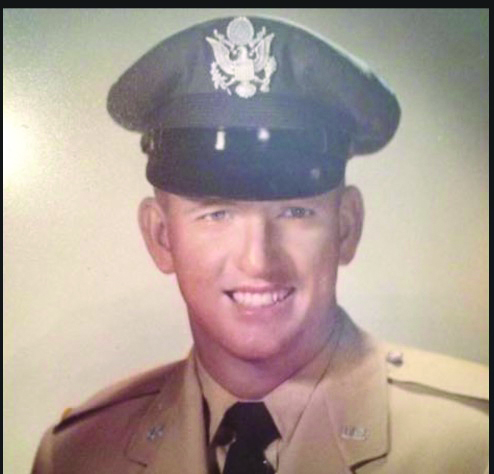 Growing up in Opelika and graduating from Cliff High School, Col. Eugene David Hamilton loved his country, flying and education. During the Vietnam War, he could have retired from the Air Force but did not want to leave his men during the war. He moved his wife and three children to his hometown.
On Jan. 31, 1966, while flying an armed reconnaissance mission over North Vietnam, his F-105D Thunderchief was hit by enemy ground fire over Ha Tinh province. The native Opelikan was listed as MIA.
Hamilton met his wife, Carolyn Wynell Hale, in Opelika. They were married when she was 15 years old. He attended Auburn University, studying engineering.
He enjoyed repairing televisions and other electronics.
After Hamilton joined the Air Force, he moved many times in ten years. Before leaving for Vietnam, he settled his family back to Opelika.Karyn Lynnette Powers was only six years old when her father’s plane was shot down. Karyn is the youngest of the three children. Her sister, Lorinda, was nine years old, and her brother, Lamont, was seven.
Karyn remembers coming home and seeing her mother and older sister, Lorinda, in the bedroom crying. “I was very young and didn’t understand what was going on,” she said. “When the family told me my father was missing, I couldn’t grasp that he might be dead, only that he was missing.
“The impact of losing a father is immense,” Karyn adds. “We look to our mothers for nurturing, but we look to our fathers for protection. When you lose your father you feel unprotected.”
Since Hamilton’s wife, Carolyn, was also from Opelika with family in the area, they continued to live there for several years. When Karyn was 16 years old, the family moved to Birmingham.
Over the years, the family wondered what happened to the beloved husband and father. They did not know if he was killed or a POW. The family had been told that he radioed several times that he had been hit. He reported there was smoke in the cockpit, and there was a fire.
“The trauma of not knowing whether he was alive was difficult for the family,” Karyn said. “We felt as though he could still walk through the door. It was a sadness that was always there. He was alive in our minds all those years.”
She said the family existed on hope, believing he could have been lost, had amnesia or been in a prison camp. The Department of Defense declared Hamilton legally dead in 1977.
According to the POW Network, 32-year-old mission involving Hamilton was part of a larger operation, Operation Rolling Thunder. Aircraft in the mission attacked air defense systems and the flow of supplies along the Ho Chi Minh Trail.
“Airborne searches for his crash site that day were unsuccessful,” according to the network. “A radio broadcast from Hanoi reported an F-105 had been shot down but did not provide any details. Between July 1993 and November 2000, joint U.S.-Vietnam teams, led by the Joint POW/MIA Accounting Command (JPAC), conducted four investigations and one excavation searching for the pilot and his plane.
“An investigation team in March 2000 learned from a Vietnamese villager that an area excavated in 1997 was not the location of the pilot’s burial. A second location was then excavated in August and September 2000, which did yield aircraft wreckage, personal effects and human remains. In 2004, three Vietnamese citizens turned over to a JPAC team remains they had found at the same crash site a year earlier. In late May 2005, the JPAC team recovered fragments of possible human remains and life-support equipment from the crash site. Personal effects found there also included a leather nametag with the name “Hamilton” partially visible.
JPAC scientists and Armed Forces DNA Identification Laboratory specialists used mitochondrial DNA as one of the forensic tools to help identify the remains. Laboratory analysis of dental remains also confirmed his identity.”
When the family was notified of the recovery, Karyn said it took her a while to fully comprehend what happened. “All this time it had been sitting inside of me,” Karyn said. “The impact of a life spent wondering about my father that I’ve never been able to connect to is numbing. Just the reality of putting a body with a memory is so powerful, and it’s such a miracle. I think it’s the greatest gift to have my father back home.”
Karyn’s brother, Lamont, flew to Hawaii to accompany their father’s remains to Virginia for the burial with full military honors in Arlington National Cemetery.
“My father was back safe on American soil,” Karyn said. “He has a resting place and full honors for laying down his life for his country. It brings a lot of healing to us.”
Hamilton was laid to rest in Arlington National Cemetery with a full military ceremony on June 28, 2007, his wife’s birthday. Karyn, who is an ordained minister, presided over his funeral. Her message was, “Col. Eugene David Hamilton exchanged one set of wings for another.”
At his service, Karyn said, “Welcome home, Dad. It’s been a long time. We missed you, and we are proud of you. You will not be a forgotten soldier. You are our hero.”