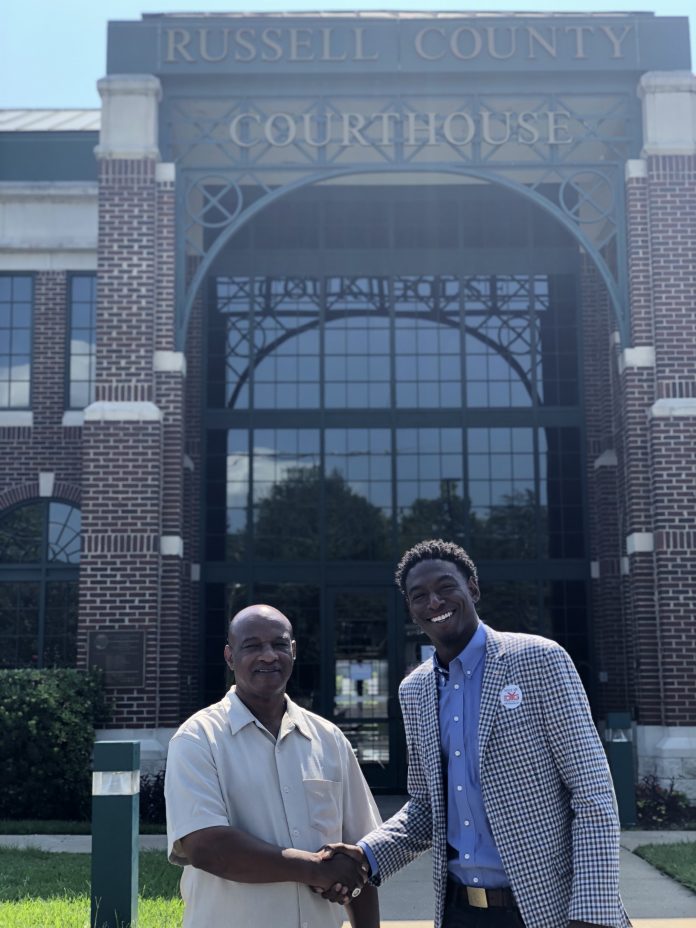 On July 4, Russell County Commissioner Ronnie Reed publicly endorsed Jeremy Gray’s campaign run as the Democratic nominee for Alabama House of Representatives for District 83. Reed finished third behind Gray in the recent June primary to replace the late Rev. George Bandy.
Reed’s decision to announce his endorsement came on the heels of Lee County Commissioner John Andrew Harris’ endorsement on June 30, as both men agreed that they need to help support Gray as the change that will bring together people from every walk of life.
“Jeremy Gray is a positive role model that will change the image of what people see and believe to be true about the black male,” Reed said. “As a candidate with a strong diverse support network, Jeremy Gray is a guy that has garnered the support of both Democrats and Republicans.”
Reed explained that both he and Gray met several times, and from those meetings came an assurance that when elected, Gray will be a present representative for both Russell County and Lee County.
With the support of Ronnie Reed, Gray is demonstrating the type of leadership necessary to forge the coalitions needed to bring about true change within the district.
“I appreciate the endorsement from Commissioner Reed,” Gray said. “It says something that I have been endorsed by my fellow opponents in the primary – it shows that they see I have the ability and the drive to build coalitions and bring people together for the betterment of all the people in this district.”
Gray will face Patsy Jones in the July 17 runoff.