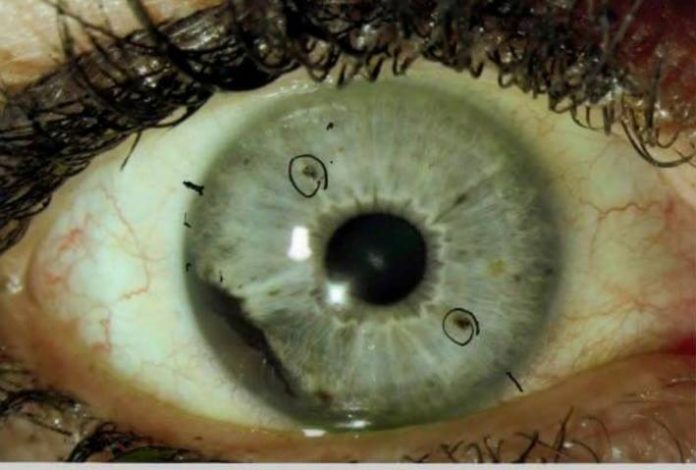 In February, the Observer reported that at least 13 former Auburn University students had been diagnosed with uveal melanoma, a rare form of eye cancer that affects 5 in 1 million people.
During the last few weeks, that number has climbed to 30 confirmed cases. Each individual diagnosed with the disease either attended, lived or worked on Auburn’s campus between 1980-2001.
Last week, Sen. Larry Stutts from Alabama’s Senate District 6 presented a proposition to Alabama legislators asking for a $100,000 amendment to the state’s education FY2019 budget for research funding to determine the cluster’s cause.
The motion failed to pass, however, and the Senate Finance and Taxation Education Committee approved the $6.6 billion budget last Thursday, an increase of $216 million from the previous fiscal year.
Ashley McCrary, one of the 30 cluster victims and representative of the “Auburn Ocular Melanoma” Facebook page, expressed her disappointment about the amendment’s failed passing.
“We appreciate so much the efforts of Sen. Larry Stutts, who worked diligently to get funding for the research on the Ocular Melanoma cases associated with Auburn University. However, we are very disappointed that the state senate did not adopt an amendment to the state’s education budget for this much needed research,” McCrary said. “We have had discussions with the president’s office at Auburn University, and they are well aware of this situation but opposed the legislature putting anything in the budget stipulating they would oversee a research project.”
Researchers from the Sidney Kimmel Center at Thomas Jefferson University in Philadelphia visited Auburn’s campus in February and held a public meeting, which drew 75 people and three Auburn University representatives. McCrary said that if a “common denominator” or cause is found, researchers believe they can find a cure within the next five years.
“Our next step is to reach out to Auburn University’s President (Steven Leath) for funding of this research. We have been told they will do ‘the right thing,’ we just don’t know what that means,” McCrary said. “We also plan to reach out to (Alabama) Governor Kay Ivey’s office and ask for her assistance. This research could save lives. We feel it is imperative this research be completed.”
Follow the Auburn Ocular Melanoma Page for updates.