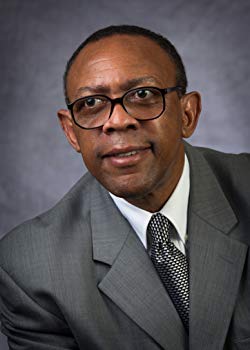 Unlocking children’s imaginations and teaching them to pursue their dreams is the goal of “The FunGKins: A Battle for Halladon,” a book penned by local author C. Raymond Gray.
Inspired by his children, nature and the writings of J. R. R. Tolkien, Gray said he believes his book blends the best of the fantasy genre and Christian morals/values into a charming fairy tale with appeal for all.
“In my writing, what I try to do is change children’s minds and let them know that everything is possible, if they dream. And if they dream, their dreams will come true,” Gray said. “It may not happen the way they expect it to, but they need to know that they are capable of realizing their dreams.”
The protagonist of the book is Clara, a 10-year-old girl who is tasked with saving the “Little People” or “FunGKins” of the land of Halladon. Through the course of the adventure, Clara, her Aunt Tilly and the FunGKins come together to save their world and fight off the evil leprechauns and their main henchman, Mr. Mustashio, who threaten it.
Book critics have given the book solid reviews since its release.
“The FunGKins is a superbly crafted fantasy adventure,” wrote James A. Cox, editor-in-chief of Children’s Book Watch.
“With all the splendor, wonder and magic that could put Oz to shame. All we can say is wow,” said the staff of Reader’s Favorite.
The book, part of a 4-book series, is available in local libraries and for sale on most websites where books are sold.
Gray said that all the book proceeds will be donated to the United Way to help combat child hunger in Lee County.
“To even think or talk about a child being hungry makes me hurt inside. It’s an issue that we have to address because it’s more prevalent than many realize,” Gray said.
For more information or updates on the sequel, “Battle for Halladon: The Age of Magic,” visit www.craymondgray.com.