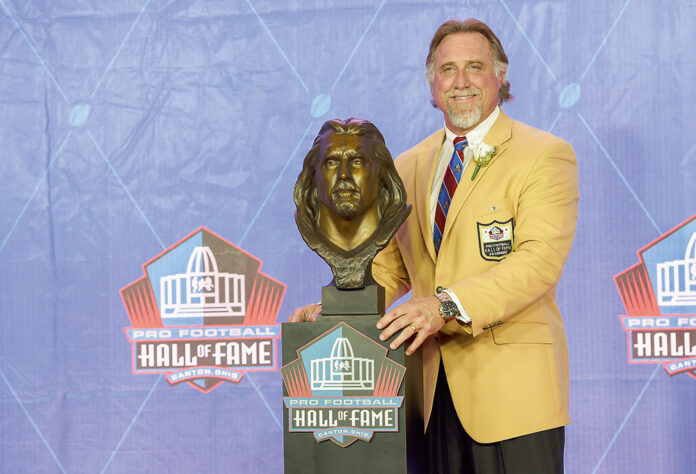 Former Auburn linebacker and Pro Football Hall of Famer Kevin Greene passed away on Dec. 21 at the age of 58. A walk-on linebacker at Auburn, Greene was named the 1984 Southeastern Conference Defensive Player of the Year as a senior.

After playing intramural football for three seasons for the Auburn ROTC team, Greene walked on in 1983, playing special teams for the Tigers’ SEC Championship team. The following season, he led the SEC in sacks (11) and had 69 tackles while playing for legendary Head Coach Pat Dye.

Greene was a five-time Pro Bowl selection, a three-time first team All-Pro and was the NFC Defensive Player of the Year in 1996 as a member of the Panthers after recording 14.5 sacks and 51 tackles.

Twice he led the NFL in sacks, and in 11 of his 15 years he led his team in sacks. His 160 career sacks are third in NFL history and his 228 games played trails only four other linebackers in the league’s modern era.

Greene was voted to the NFL’s 1990s All-Decade Team and received football’s highest honor in 1996 when he was elected to the Pro Football Hall of Fame. Greene was just the second former Auburn player enshrined in Canton, joining center Frank Gatski.

Following his playing career, Greene coached in the NFL and was on the staff of the Super Bowl XLV champion Green Bay Packers.

AISA In Good Hands Under Beck