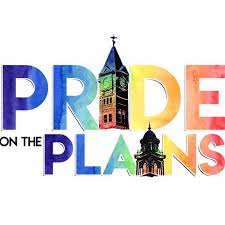 Pride on The Plains, a local 501(c)3 focused on advocacy and awareness for the LGBTQ+ community, partnered with Ampersand Wine Bar on Jan. 17 for a fundraiser benefiting the organization.
The event featured several local drag-entertainers, who performed for attendees to raise money and support for the nonprofit organization. There were more than 100 guests in attendance. In addition, Pride on The Plains hosted a concurrent silent auction featuring donations from Shop Ambiguous, Dillard’s Auburn, Martha Rocha and She’s Against the Grain. Overall, the event raised more than $700 for the group.
“We are so grateful to the downtown Opelika community for embracing Pride on The Plains over this past year,” said Pride on The Plains President Chad Peacock.
“Our organization always seeks to bring our community together, and we felt like we were able to do that in a new space this past week.”
In addition to raising funds and awareness during last week’s “Wine n’ Drag” event, the event had special meaning to Chad Chapman and Thomas Jackson. Chapman, 37, and Thomas, 29, both members of the military met in Richmond, Virginia in 2017. They were married by Pride on The Plains Board Member Chris Landry at Ampersand Wine Bar during the fundraiser.
“As a result of their military commitments, Thomas and Chad expect to be apart for some time in the near future, so it was important to them that they be married before then. They wanted something low key and the ‘Wine n’ Drag’ event provided the opportunity for them to be surrounded by the community. Not many folks can say that one of their witnesses was a drag queen but I think Thomas and Chad had a memorable wedding,” Landry said.
For more information, call Tyler Pierce at 334-740-7940.