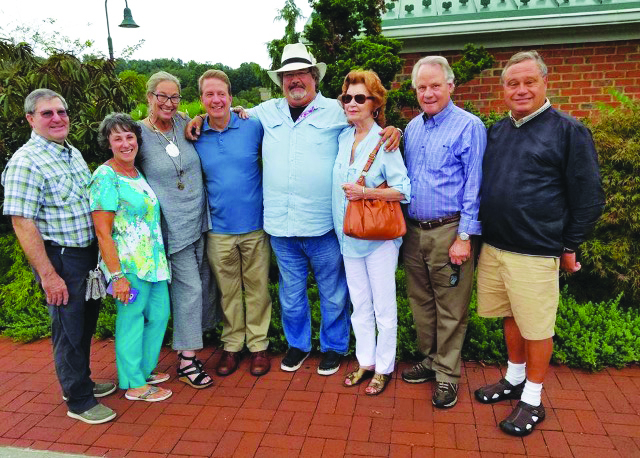 A little bit of Opelika made its way to the stage at Barter Theatre in Abingdon, Va., last weekend when a play written about Opelika’s own Henry Stern was a part of the 17th annual Appalachian Festival of Plays and Playwrights.
Written by James Harris, the play, entitled “We’ll Meet Again: A New American Musical,” tells the story of Stern’s life, from fleeing Nazi Germany as a child, and growing up in Opelika. The play features Stern later in life when he makes a discovery that reconnects him to his past.
The event was a first reading for Harris’s sophomore play. “I hope at some point in the future … it will make it to Opelika,” Harris said.
Harris’s first play, Civil War Voices, went into production and eventually won “Best Musical” at a festival in New York before it made its way to the East Alabama Performing Arts Series in October 2011.
Harris said the reading was his first opportunity to see the play performed, calling it an exciting and illuminating experience. “It was the first time I’ve seen an audience react to it, the first time professional actors and actresses interpret the words and sing the songs, so it was quite exciting to see it.”
Harris called the subject of his play, who was known by many as “Mr. Opelika” a “warm and infectious guy.”
Stern’s children, J. and Ginger, still live locally and are heavily involved in Opelika.
Ginger called the play uplifting. “It was an amazing thing to see and the way the world currently is, I think it’s an important story to see,” she said.
J. added seeing the play being read was a humbling experience. “Seeing actors on stage who I’ve never seen telling the story of my family that I’ve always heard was a bit overwhelming in so many ways,” J. said. “It brought back so many emotions and memories. It was overwhelming in all ways possible and it’s something I don’t know if I’ve fully comprehended yet.”