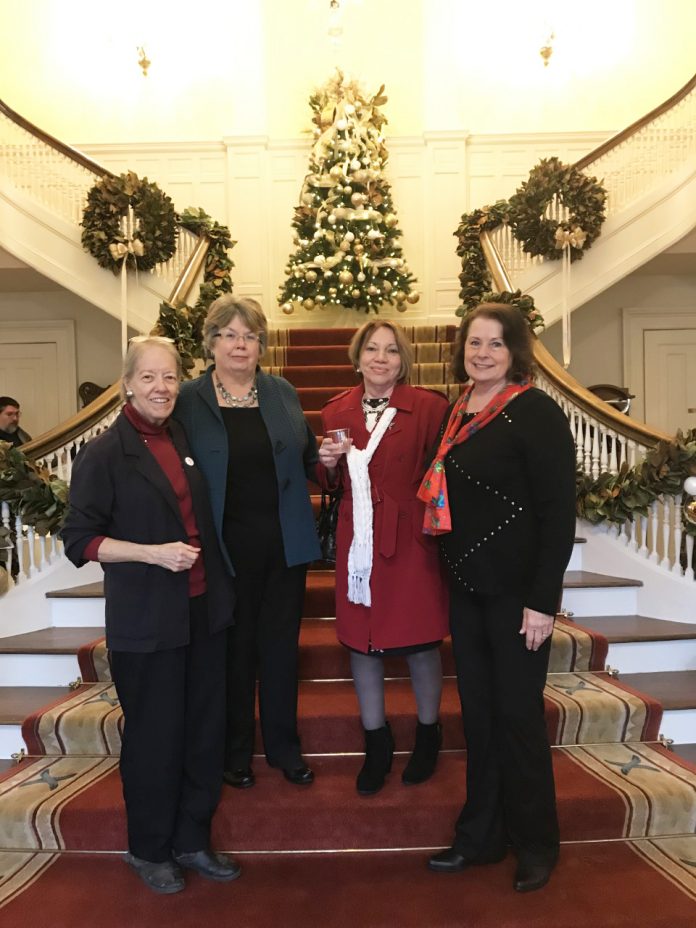 The Perry Garden Club of Auburn members attended the Garden Club of Alabama, Inc. reception in the Governor’s Mansion, Montgomery.
The reception was followed by the “Every Light a Prayer for Peace Capitol Christmas Tree Lighting” ceremony on the steps of the Capitol with the Gov. Kay Ivey and children lighting this year’s tree.
The Every Light a Prayer for Peace program had its beginning in August 1951, during the Korean Conflict, as the result of the efforts of Dorothy Parrish, of Greenville. The members of the Garden Club of Alabama wanted an outward sign of showing their support for the United States’ involvement in the war and a tribute to those serving in the Armed Forces. The first observance was held in Selma. Prior to that first ceremony, a statewide contest was held for high school students, asking them to submit prayers titled “A Prayer for Peace.” The winner, Emma Frances Bullen, read her prayer at the tree lighting ceremony and radio stations around the state broadcast the program.
Pictured left to right: Perry Garden Club Members Carolyn Ann Carr, Garlan Walker, Rhoda Kerr and Anne Miller.