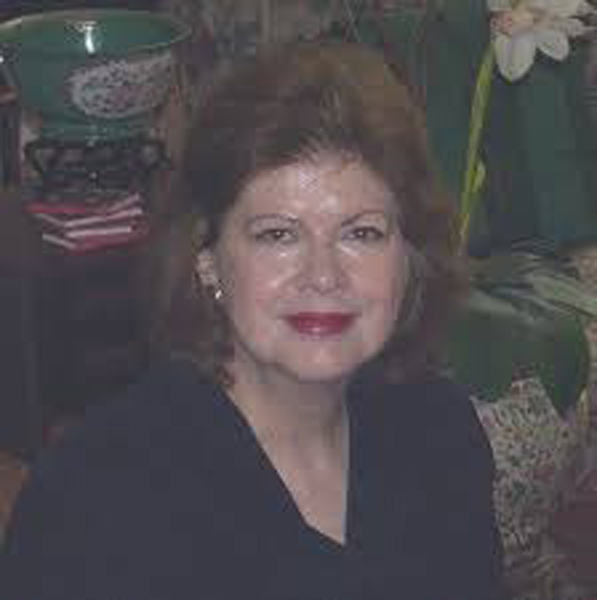 Pat Dakin and her husband, Matt, moved to Opelika in 1992 when she accepted the position of director of the Auburn Opelika Tourism Bureau, the second person to hold that position. Since retiring in 2004, the Dakins have been involved with the Silver Sneakers at the Sportsplex and enjoy living in the area. Pat has a love for cooking, especially baking.

She is sharing favorite recipes she has collected from her family.

Since her maternal grandfather hunted, her other grandmother prepared venison and rabbit dishes. While Pat learned how to cook wild game, she was more interested in watching her grandmother make biscuits and cornbread. She had a special bowl for making the biscuits without a recipe.

Pat met Matt while visiting grandparents near Skene/Cleveland, Mississippi. After they married, the Dakins lived in Auburn from 1958 until 1963 for Matt to attend graduate school at Auburn University where he received both a masters degree and a doctorate degree in Entomology.

Their two sons were born while they lived in Auburn.

When Pat was 40 years old, she returned to college at the University of Louisiana in Lafayette, obtaining a bachelor’s degree in history and a minor in English. While working as an editorial assistant at the Center for Louisiana Studies at ULL, the Center published a series of historically related publications and the journal Louisiana History for the state historical association.

In the summer of 1980, Pat saw an ad for a visitor marketing manager for the Lafayette Convention and Visitors Bureau. Since she had knowledge of the area’s history, she applied and was hired.

Pat traveled often in the job, marketing Lafayette and the area as a destination to the public and professional travel groups. While working for the CVB, she obtained several professional certifications in the field of tourism marketing.

Pat worked for the Lafayette tourism bureau until 1992. When their younger son and grandchildren moved to Huntsville, Alabama, Pat and Matt decided they wanted to be nearer to them. Matt retired after 30 years of teaching. Pat applied for the position of director for the Auburn Opelika Tourism Bureau, which was vacant at the time.

When Pat became the director of tourism in 1992, Grand National had just opened. It was the number one attraction with a huge draw. The Victorian Front Porch Tour opened the following year, which also became popular for visitors to the area. People were interested in Christmas events.

Pat feels she had a great tourism board of directors. She retired in October 2004.

Since retiring, the Dakins have had more time to visit their two sons and two granddaughters. Their son Matt lives in Sacramento, California and is single. Son Richard and his wife Diane live at Bodega Bay, California, and have two daughters, Jewelia Dakin and Deborah Szilagyi, who live near the San Francisco area.

Pat and Matt’s grandson Johnathon Dakin died in 2005 at the age of 19 from leukemia. At the time, the family lived in Birmingham, and Johnathon was in Children’s Hospital at UAB.

The Dakins are a close-knit family. Pat is the oldest of six children. She has four sisters.

They lost their brother two years ago.

Along with cooking and baking, Pat’s hobbies are reading, travel and conducting genealogy research . She has built several family trees on ancestry.com. The Dakins have taken a few trips with the Silver Sneakers group at Sportsplex.

While Pat likes to cook, she has a love for baking. She bakes the Buttermilk Pound Cake in loaf pans, which gives her one to freeze. Her Aunt Nell would bake the pound cake at Christmas and serve it with maraschino cherries and whipped cream.

Her Aunt Reba was the family cook. She would make the Lasagna for family get togethers.

For years Pat enjoyed making homemade breads, but it has been more difficult in recent years since Matt is gluten intolerant.

She enjoys experimenting with recipes. These days she has been working on crustless pies and quiche recipes. If she makes a pie crust, it has to be gluten free.

When it is difficult to find, she uses Krusteaz.

The Cinnamon Roll Casserole is easy to assemble for a sweet treat at breakfast or for brunch.

Pat and Matt’s granddaughter Jewelia enjoys cooking and experimenting with recipes like her grandmother. She also enjoys traveling. When Pat had surgery, Jewelia lived with them for several months and did all the cooking.

“My family is very important to me,” Pat said. “I have been with Matt since I was about 16 years old. He has taken good care of me. He is the ‘wind beneath my wings’ all these years.

“God has blessed us,” she added. “I feel we have had a wonderful life.”