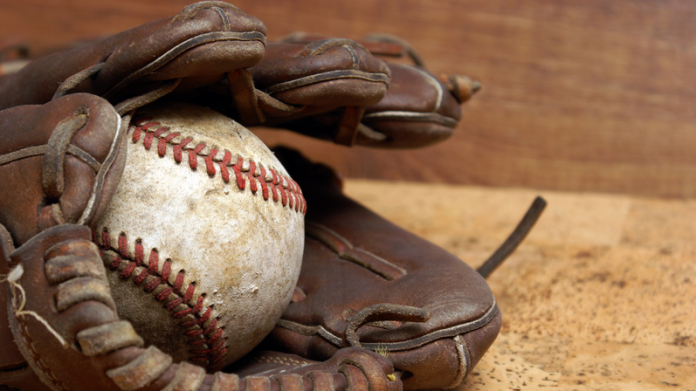 I am listening to baseball on the radio. Two dogs are sleeping around my feet. The New York Yankees are battling the Boston Red Sox in the division playoffs.
Chances are, you don’t care about baseball—and I don’t blame you. But this column isn’t about baseball.
Tonight, I promised myself I wouldn’t write about baseball. Too many people already write about it.
Sure, I grew up with baseball. It was in my drinking water. My father ate, breathed, and read about it. And when autumn rolled around, I remember him listening to October baseball like some men listened to preaching.
My father would park his truck in the driveway. We sat in the front seat, listening to a radio. The sun was high. Crickets whined. My father explained plays while sipping beer. And I felt like the most important human on the planet.
But like I said, this isn’t about baseball.
I remember the fall evening when he said, “One day, you’ll listen to these games without me.”
And silence filled the truck.
His eyes became glassy after he said it. Then, he tousled my hair. And I’ll never forget this: he offered me his beer.
To the rest of the world I was a child. But that night, in his eyes, I was a man. I held the can with both hands. I took a swig. It tasted like frog urine. I almost gagged.
He laughed. “When you’re older, it won’t taste so bad.”
I am sipping a beer right now, listening to WCCM 1940 AM radio. The Sox are fighting. I don’t particularly care about the Sox, and I care even less for the Yanks. But anxieties are high. The championship is riding on their shoulders. Thusly, I require another can of frog pee.
Earlier today, I went to the grocery store for tonight’s supplies. Namely: Chili Cheese Fritos, Stouffer’s Lasagna, roasted peanuts, and beer.
An elderly man was bagging my groceries. He had white hair and liver spots. I’m guessing mid-seventies. He noticed my Braves cap. And I noticed the familiar look on his face when he said, “You think the Braves can do it this year?”
When all my groceries were bagged, he offered to help me to the car. All bag-boys have to ask this. It’s store policy.
This man was at least forty years older than me. His skinny arms looked like they might snap if they carried anything over four pounds.
Then I noticed a Cleveland Indians lapel pin on his apron.
So I answered, “Yeah, I could use help.”
He seemed satisfied by this. He pushed my cart, moving slow. We talked about players, pitchers, and scores.
And fathers.
He grew up outside Oberlin, Ohio, listening to games with his dad, in the front of a gray Studebaker.
“We used to go for drives,” he said. “During the World Series, Dad would always fill up his tank, buy me some jelly beans, we’d just drive, listening to games.”
They zipped through hayfields, rural parts, small towns. Whiskyville, Amherst, and Lorain flew past their windows until they hit Lake Eerie. There, they would park, and listen, and watch boats.
He remembers when the Bronx Bombers and the Milwaukee Braves battled in ‘58. He remembers when Cincinatti lost to the Yanks in ‘60. He remembers that after Cincinnati’s defeat he began crying. He was twelve.
“I was so embarrassed I cried in front of my dad,” he said. “Boys didn’t do that back then. But my dad just hugged me and said, ‘Don’t cry, Bobby, you win some and you lose some.’”
The memory means a lot to him. But it is not the memory of a game we share. It is of men, and heroes, and their proverbs, and their ghosts.
My father has been dead a long time, but nothing brings him back to life like the sound of a seventh-inning crowd. During games, I see him. I don’t just remember him, nor do I imagine. He is in my eyes. Right here.
“Dad’s been dead fifty-one years,” the old man said. “But you never stop thinking about them.”
I tipped the man for helping me with groceries that I should’ve carried myself. Then, he pointed to my hat.
“Go Braves,” he said.
I pointed to his lapel pin. “Go Cleveland,” I said.
We shook hands. He hobbled toward the store. And in an ironic stroke of fate, his gait resembled the man who taught me to swing a bat. The slight hitch in his get-along. Slight bend in his neck. Slight jerkiness to each step.
I drove home. I turned on the game. Then, I opened a can of beer. I know I said I wasn’t going to write about baseball.
Oh well.
You win some and you lose some.
Sean Dietrich is a columnist, and novelist, known for his commentary on life in the American South. His work has appeared in Southern Living, the Tallahassee Democrat, Southern Magazine, Yellowhammer News, the Bitter Southerner, the Mobile Press Register and he has authored seven books.