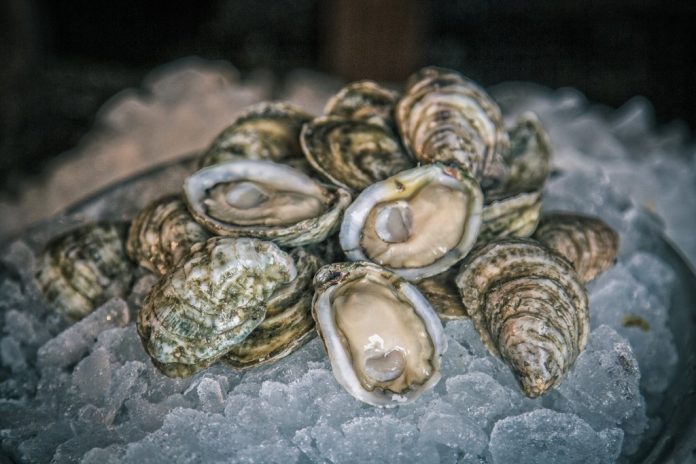 I love oysters.
Steamed, smoked, stewed, fried.
But best of all, I love them raw.
Ever wonder who ate the first one? (“I will if you will.” “You go first.” “OK, same time.” “1,2,3, slurp.” “Hand me a beer.”)
Down on the Gulf Coast there are ancient Indian middens — garbage dumps — some almost 100 feet thick, full of broken pottery, bones of fish, fowl and deer, and thousands of oyster shells. The Indians, I am told, would build a big fire, throw the oysters on the coals and as they cooked, the shells popped open to ease access to their treasures.
I wouldn’t know.
I wasn’t there.
But if I had been, that is what I would have done.
Yessir.
I remember my first raw oyster very well.
I was not yet in my teens. Down near the coast, some high school Future Farmers of America clubs decided that rather than raise livestock or corn or such, they would raise oysters. This made sense because living where they did, lots of livings were made from oysters.
And when the oysters matured, the FFA would harvest them.
Once harvested, they would sell them at roadside stands where the FFA members would shuck them for you, while their daddies sold beer and soft drinks that were iced down in a wash tub out back.
One evening my oyster-loving Daddy took me, and it was there, sitting on a stool next to him, that I entered the world of the oyster eater, a world I have inhabited ever since.
“The time has come,” The Walrus said, “To talk of many things: of shoes – and ships – and sealing-wax – of cabbages – and kings -and why the sea is boiling hot – and whether pigs have wings.”
And shucking. Time to talk about shucking.
That first oyster was a rite of passage for me, and I wanted a similar experience for my son. But the roadside stands are gone – Health Department regulations, prohibition laws, or some such nonsense – so I did what any good father would do. I went to a seafood store and brought home a few dozen.
Setting up in the yard, I gave my boy a glove, an oyster-knife, an oyster and told him “see that little place at the end of the shell. Stick the point in there and twist it while I go get a beer.”
And he started shucking oysters.
And when he was done, he ate ‘em.
Ate ‘em with crackers and hot sauce.
Ate ‘em like his daddy does, slurped out of the shell, strain the grit between your teeth.
It was a rite of passage. It was an oyster shucking.
And it gave him a skill others could admire.
So long as there are oysters.
Down on Apalachicola Bay, oysters and oystermen are hurting. Georgia, especially Atlanta, is sucking up water that should be flowing south. Though that bit of what they call “Florida’s Forgotten Coast” only produces about 10 percent of the nation’s oysters, it supplies most of what I buy from the Gulf outlets I frequent. And most of the oysters my son shucks.
And that makes it personal.
Assume for a minute that baby-boomers are right, that every experience is full of meaning for those experiencing it. Then maybe one day my son will look back on the things he and his father did together and of them all, the one that stands out was the afternoon his Daddy handed him glove, knife, and oyster and said “go at it.”
But when he goes down to the local seafood market to buy a bushel of oysters to show his son how to shuck he will be told that there aren’t any.
At least not from Apalachicola.
The sea was wet as wet could be,
The sands were dry as dry.
You could not see a cloud, because
No cloud was in the sky:
No birds were flying overhead –
There were no birds to fly.
Or oysters to shuck.
I won’t forgive Atlanta for that.
Harvey H. (“Hardy”) Jackson is Professor Emeritus of History at Jacksonville State University. He can be reached at hjackson@cableone.net.