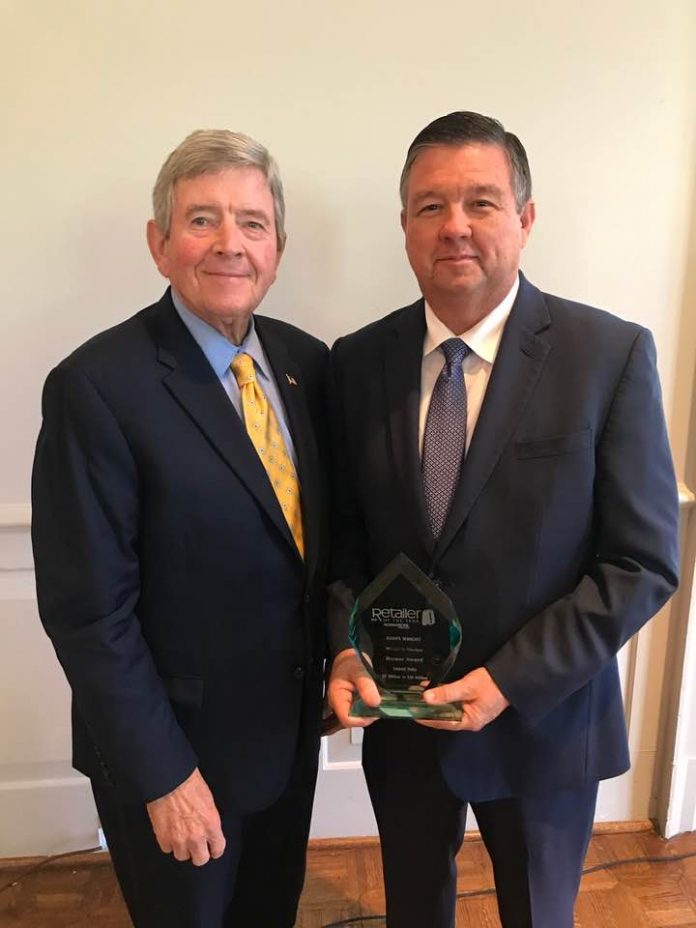 The Alabama Retail Association recognized 17 retail businesses with operations in 23 Alabama cities as Alabama Retailers of the Year or Centennial Retailers on Oct. 23, a list including Opelika’s Wright’s Market.

Other winners in this category were gold award winner Leaf and Petal, a home and gardening center with four locations in the Birmingham-Hoover Metropolitan Area and silver award winner David Dawoud, owner, operator and president of nine Domino’s Pizza locations in the Vestavia Hills area.

Together, these businesses employ 791 people at 51 locations in Alabama. More than 70 nominations were submitted for the 2019 Retailer of the Year awards. These are the winners. The presentations were made in Birmingham during the 2019 Retail Day luncheon.

This marked the 20th presentation of the Retailer of the Year Awards since 1999 and the 15th Alabama Centennial Retailer awards presented since 2002. Gov. Kay Ivey served as this year’s keynote speaker.

“It is an honor to be able to recognize such an outstanding group of retailers. Each retailer honored is a credit to their community and the retail industry,” said Alabama Retail Association president Rick Brown.