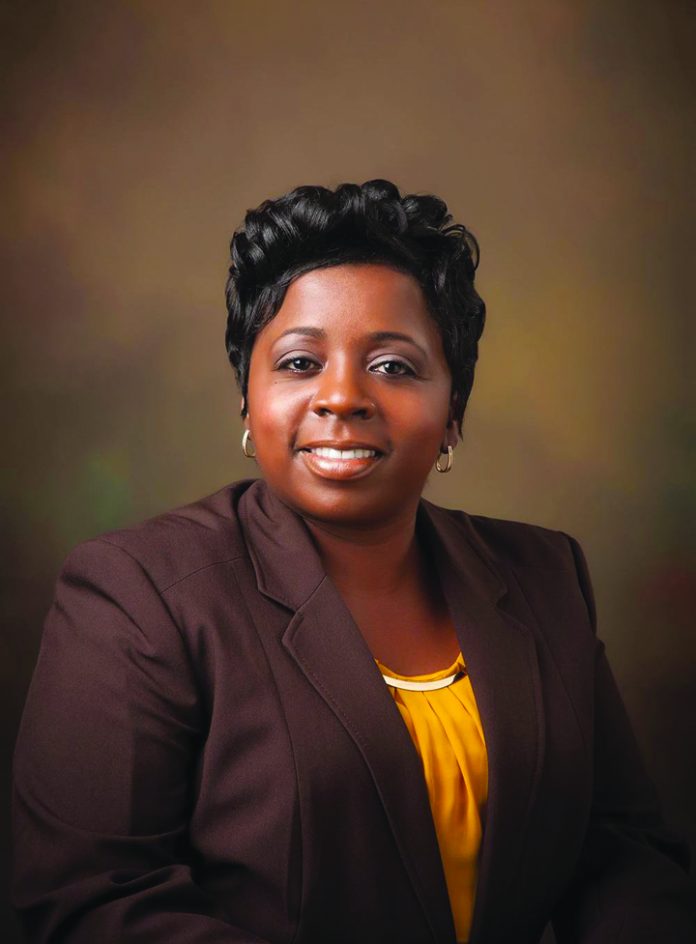 Ward 2 Councilwoman Tiffany Gibson-Pitts made history last month, becoming the first-ever Opelika City Council member to be a part of the National League of Cities’ Board of Directors and Women in Municipal Government organization, which falls under the NLC’s umbrella.
Gibson-Pitts completed applications for both positions earlier this fall, but had to go for a sit-down interview with 14 individuals from across the country comprising the NLC’s nominating committee.
“(Candidates) were given three minutes to tell them about ourselves and to disclose how our specialties would be an asset to the board. Once the slate was created, voting delegates from each municipality cast their vote at the business meeting,” Gibson-Pitts said. “I received an endorsement from the executive board of the Alabama League of Municipalities.”
As a part of the NLC’s Board of Directors and the only representing Alabamian, Gibson-Pitts will have direct influence on the “determination and modification of national municipal policies, or adoption of resolutions on national legislation affecting cities.”
“I’m proud of Ward 2 Councilwoman Tiffany Gibson-Pitts for becoming the first elected Opelika official to serve on the National League of Cities Board of Directors,” said Opelika Mayor Gary Fuller. “In fact, we’re all proud of her.”
Through her membership on the WIMG, Gibson-Pitts will be able to network and connect with fellow female civic leaders across the country. The organization’s primary initiatives are to raise awareness on issues of importance to women and encourage them to pursue leadership opportunities in their respective cities and communities, a cause that Gibson-Pitts plans to further in Opelika.
“I strive to set a good example for my daughter. I always keep her in the back of my mind whenever I face challenges because I can’t expect her to step out of her comfort zone if I’m afraid to do so,” Gibson-Pitts said. “Because of this, I do think that many girls are watching me. If I can be that beacon of hope for any girl, I’m happy to carry that torch.”
“After being elected as the leader for Ward 2, I asked God to always keep me humbled and grounded. I was pleased to see my name on both lists and look forward to working with others from across the US to address common issues.”
Gibson-Pitts added that she will serve two two-year terms with both groups, respectively.
For more information, visit www.nlc.org.