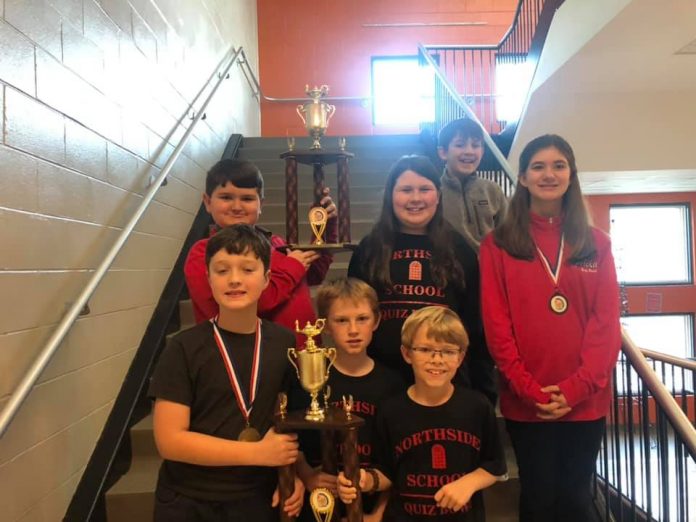 Opelika quiz bowl teams competed last week at the Alabama Scholastic Competition Association State Championship at Hoover High School. The Opelika Middle School Team (seventh and eighth grades) finished fifth in the state. The team beat Smiths Station, Berry (Hoover), and Cullman before losing in the Quarterfinals to Monrovia. The elementary team (sixth grade) finished second in the state, beating West Smiths Station, East Elementary (Cullman), and Northside (Opelika) before losing in the finals to Discovery Middle (Bob Jones). Northside also competed in their very first tournament ever and finished third in the state. The team beat Arab, St. Paul and Williams Middle (Huntsville), losing to Opelika in the semifinals and beating East Lawrence Middle in the consolation match. Anna Wood (Opelika) and Lucas Duncan (Northside) made the all state team as the No. 2 and 3 scorers in the state.