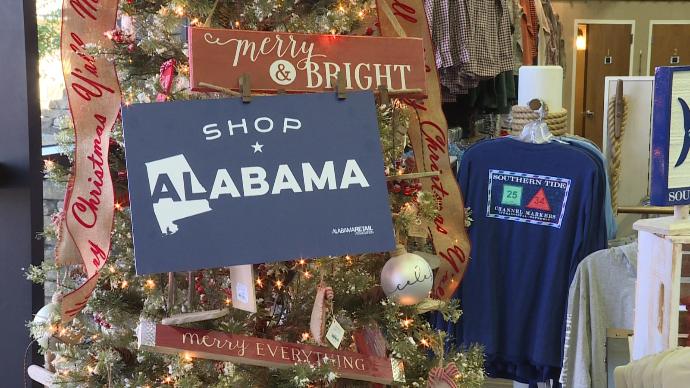 The Alabama Retail Association has selected Opelika as a 2018 host city for its third annual “Shop Alabama for the Holidays” tour.
Just in time for the busiest shopping weeks of the year, Alabama Retail will kick off the statewide shopping initiative and announce its new holiday hashtag campaign, “#DoubleYourGift ”at a community rally and news conference.
The event, hosted in partnership with the City of Opelika, Opelika Chamber of Commerce and downtown Opelika retailers, is set for 10 a.m. Nov. 20 beside the downtown Christmas tree on 9th Street.
WHAT: Shop Alabama for the Holidays Kickoff & Downtown Holiday Shopping Ribbon Cutting
WHO: Alabama Retail Association, City of Opelika, Opelika Chamber of Commerce, Taylor Made Designs
WHERE: 9th Street in downtown Opelika, beside the city’s Christmas Tree
WHEN: 10 a.m. Nov. 20
The Alabama Retail Association predicts 2018 will be the strongest holiday shopping season on record for the state, with more than $12 billion dollars expected to be spent in the months of November and December. The numbers represent a 4.5 percent increase in holiday spending from 2017 to 2018.
Other stops on the Shop Alabama for the Holidays tour include Clanton, Cullman, Huntsville, Montgomery and Orange Beach.
Shop Alabama, an initiative of the Alabama Retail Association, encourages residents to create a powerful ripple effect in their community by keeping their shopping, dining and leisure dollars local.
The annual Shop Alabama for the Holidays tour also celebrates the experiences, traditions and contributions local businesses bring to the holiday season. Retail, including food and drink establishments, supports one in four jobs in Alabama and brings in $19 billion, or almost 9.5 percent of Alabama’s gross domestic product, placing retail in the state’s top five highest-producing industries outside of government.