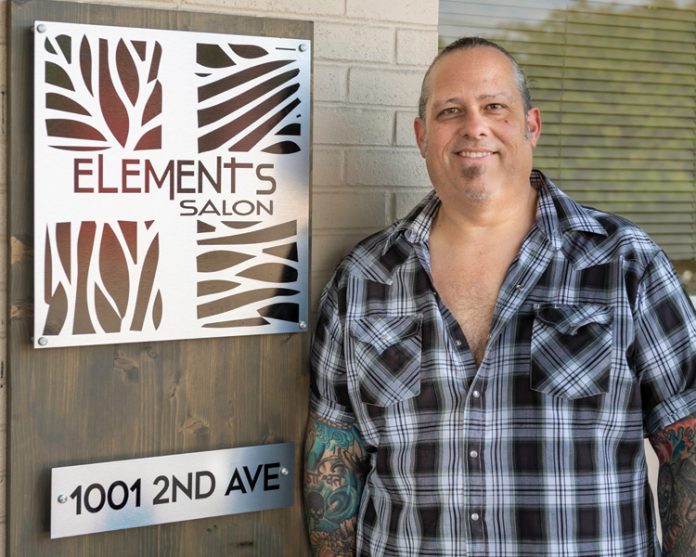 Elements Salon owner Robb Todd was one of hundreds of fellow Alabama small business owners who was able to reopen his business Monday following Gov. Kay Ivey’s announcement of an amended “Safer-at-Home” order last Friday that allowed for the cautious reopening of barbershops and hair salons. According to Todd, he may have played a role in that key change to the state order.

On behalf of Todd, Opelika attorney Zach Alsobrook electronically filed a Petition for a Restraining Order against Ivey and State Health Officer Dr. Scott Harris to the Montgomery County Circuit Court on May 1. While the case was dismissed last week, Todd said that they had planned to take the lawsuit to the Alabama Supreme Court, a move that he believes prompted Ivey to change her stance on allowing people in his industry to begin reopening.

“Immediately, we (were) pretty sure it impacted the governor’s decision to go ahead and open up things, because at that time, they were getting too much pressure from everybody. And with us going to the (Alabama) Supreme Court, they knew it would get a bad taste in their mouth,” Todd said. “We (also) had heard from a few people in the government that said that that was the deciding factor.”

Under Ivey’s amended order, barbershops and hair and nail salons were allowed to reopen granted they abide by the state’s current sanitation and social distancing guidelines.

Todd said he spent most of his weekend cleaning and shining the shop to prep it for Monday’s opening.

In the case of a future pandemic, Todd said he believes that “big box” stores should be the ones to close and leave smaller ones like his open that are more capable of maintaining a high level of cleanliness and sanitation.

“We can control it way better than Walmart can … Walmart (is) not cleaning up behind each person touching a shirt or touching a bottle of this or that, people are wearing gloves wrong and they just don’t care. Next time, (they) hopefully close down all the big box stores and leave the small businesses (open) so we can contain it in a much better way than they can,” Todd said.

All of these experiences during the COVID-19 pandemic have prompted Todd to also consider a run for a political position – the governorship of Alabama, no less. He said he plans to run as a Republican and help break up the “good-old-boy” system that he spots in the state’s current political system.

“I think it’s time Alabama’s have a choice to get away from the ‘good-old-boy’ politics and the way things have been done forever I want to try to do things extremely different … explore new avenues, do the election (in a way) that normally would not work for a normal person with social media being such a huge base, especially for me. I think I can get out to the people and instead of raising millions of dollars to be able to do this but go ahead and vote on pure principle instead of money,” Todd said.