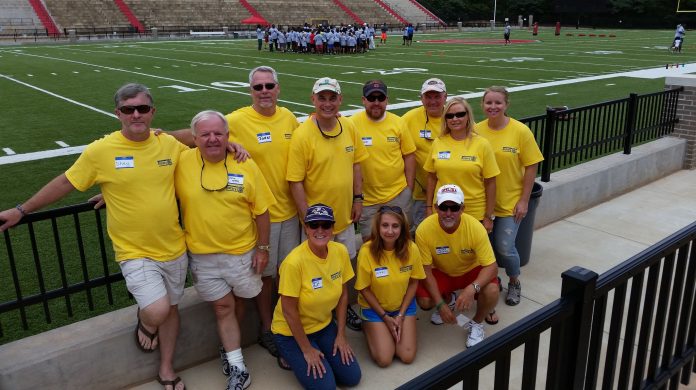 Last year, International Rotarian President Ian H.S. Riseley challenged each Rotary club to plant a tree for each member.
Opelika Club President Harry Cullinan took the challenge seriously and accepted the mission, so in conjunction with celebrating its Rotary’s 100th anniversary in Opelika and its nearly 100 members the group decided to plant 100 trees at Evergreen Cemetery and the Old Rosemere cemetery.
Upon receiving a resolution from the City of Opelika and obtaining financial support from Patsy Jones, Mike Hilyer’s team at ESG dug 100 holes and many Opelika Rotarians showed up last April to plant the trees, install tree rings and mulch each one.
Throughout last year, John Story’s team at S&S Termite and Pest Control watered the trees almost weekly. Nonetheless, trees from Old Rosemere were ultimately moved and some died natural causes.
Opelika Rotary bought 40 more Saucer Magnolia trees and came out on April 6 with some of their children to Evergreen Cemetery to replace the trees, replace tree rings, and mulch all 100 trees.
Opelika Rotary club received a donation from Clay Williford with Scotts Miracle-Gro Company in the form of 100 bags of mulch which was used for this project.