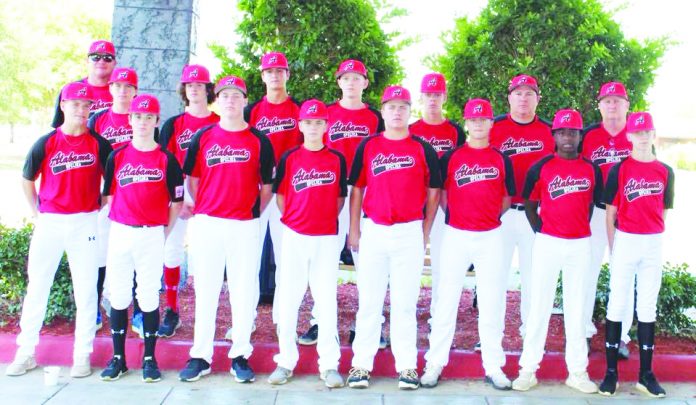 The Opelika Dixie Boys finished fourth in the Dixie Boys World series Monday night.
Representing as Team Alabama, Opelika dropped a 10-7 contest to the West Seminole from Florida Monday night to finish with a 2-2 tournament record.
Trailing by three runs in the top of the 7th inning, Opelika managed to load the bases v. West Seminole, but could not capitalize, as the final batter popped out to left field for the game-ending out.
“Our boys should hold their heads high. Even though we lost they played a good game,” read a post on the Opelika Dixie Boys Baseball Facebook page. “We thank everyone for their support (and) we appreciate everything.”
Following is a list of results from Opelika’s three other tournament contests:
Lost 11-7 to Lancaster of South Carolina in the first round
Won 16-0 over Nashville of Arkansas in the second round
Won 4-2 over Columbia County of Georgia in the third round.
Throughout the tournament, the community showed their support, including a motivational phone call from Opelika Mayor Gary Fuller to the Opelika team moments before they took the field v. Columbia County.
For more information or photos from the team’s recent trip, like and follow the “Opelika Dixie Boys Baseball” Facebook page.
The tournament will continue through tonight in Bossier City, Louisiana. For more information or updates, visit youth.dixie.org. Dixie Youth Baseball was established in 1955, and has leagues in 11 states, ranging from Texas to Virginia.