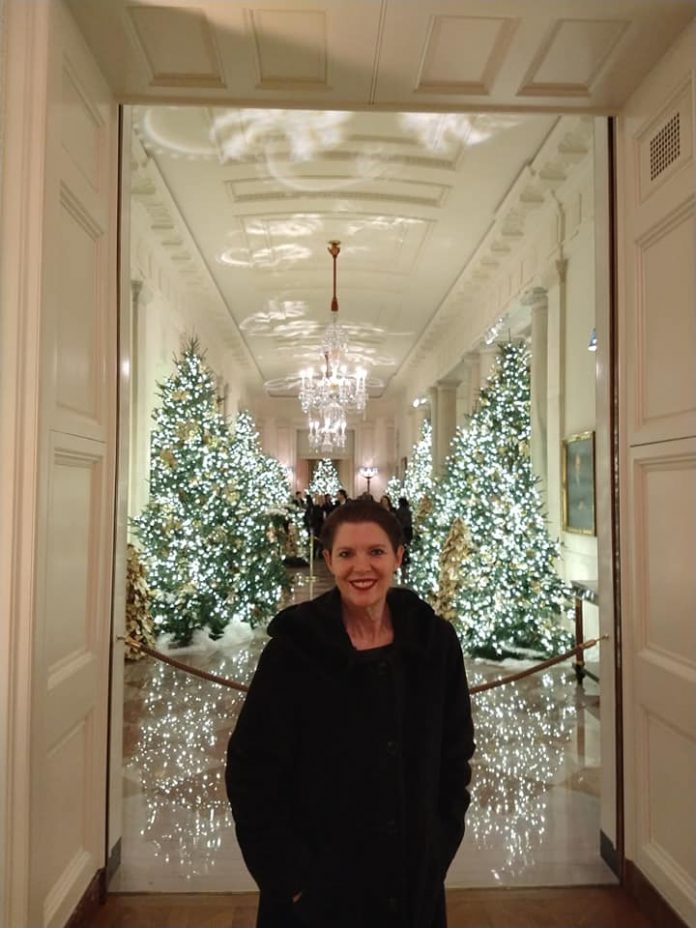 Last month, Opelika resident Christi Gibson checked one item off her bucket list: performing on a Steinway piano inside the White House.
As a part of the White House’s month-long “Spirit of America” Christmas celebration, Christi was selected to go on Dec. 18 to perform two hours of Christmas classics on the same Steinway used by rock-and-roll legend Elton John years earlier.
“I felt like I was in a dream. I wasn’t absorbing everything around me really, not knowing what to expect,” Christi said.
Christi’s path to a White House performance began by volunteering with then-candidate Donald Trump’s bid for the presidency because she said she was “in agreement with all of his platforms.” Between starting as a volunteer in 2015 and helping see Trump win the Hawkeye State by 11 percentage points during the Feb. 1, 2016 caucus, she was persuaded by fellow volunteers and friends to use her musical talents and perform the National Anthem at several campaign rallies.
“Those were amazing opportunities that I will never forget,” Christi reflected.
Since moving to Alabama with her husband Keith, Christi has maintained strong ties with individuals she served with on Trump’s presidential campaign. One of those friends who first encouraged her to perform at the Iowa rallies informed her of the Spirit of America event and encouraged her to apply.
Christi selected Opelika videographer Rex Roach to capture her piano-playing skills for her entry into the applicant pool, filming a performance on a Steinway piano at Opelika’s Southside Center for the Performing Arts.
That video, along with a clip of her performance of the National Anthem from a Trump rally, is what Christi submitted for consideration. In mid-October, she received word that she had been selected to perform on Dec. 18.
Keith accompanied Christi on her trip to Washington D.C. for moral support. Once arriving at the White House, she said “friendly and helpful” Secret Service agents helped guide her to where she needed to go for the performance.
For nearly two hours, Christi performed a number of Christmas classics, wowing the gathered audience. While the President and Vice President were not in attendance, she was able to perform in front of a number of White House staff and their families as well as visitors.
Following the event, the Gibsons ate dinner at the Trump International Hotel, where Christi was recognized by several diners for her White House performance.
Christi said she hopes her experience can show others that no internal and external factors can or should prevent them from striving to accomplish something.
“You’re never too old or young or too anything to dream big and realize those dreams at some point in your life,” Christi said.