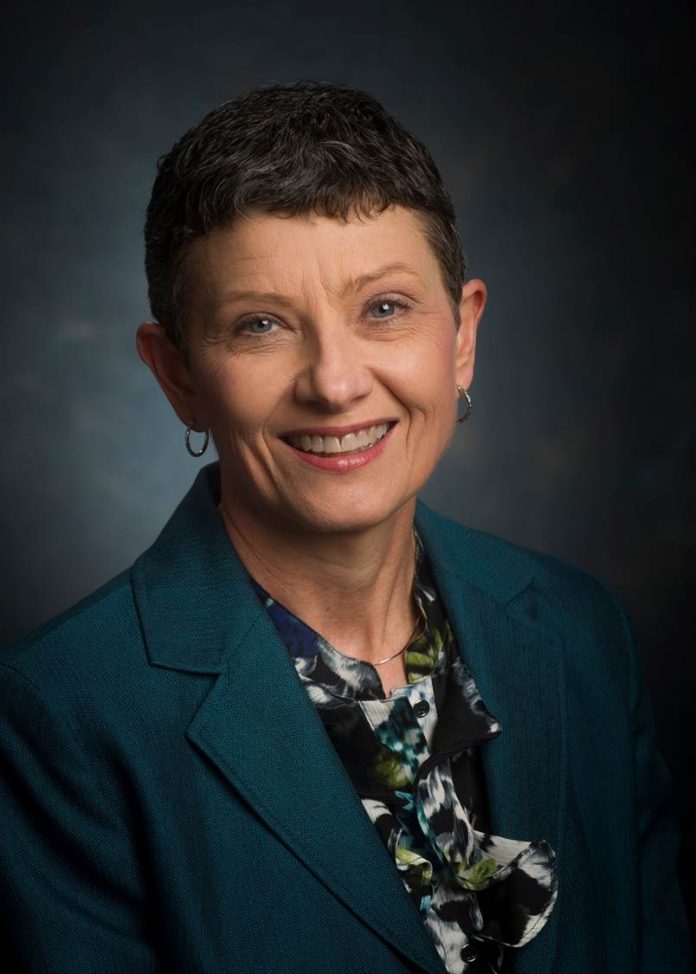 Opelika native and UAB Hospital’s Chief Nursing Officer Terri Poe was named the recipient of the 2018 “Outstanding Nursing Administrator Acadame or Service Award” from the Alabama State Nurses Association last week.
Poe appeared at the 2018 ASNA Annual Convention held last week in Opelika, to receive the award and provide Friday’s key-note address titled “A Personal Leadership Journey.”
“Being UAB Hospital’s CNO and doing what I’ve done during my nursing career was never on my radar. I really just wanted to be a rockstar ER nurse my whole life, and I just kept having more and more opportunities presented which I took and (ultimately) led me to this,” Poe said.
Poe’s inspiration to join the medical field stemmed from her background and involvement for her family’s pharmacy as a child and teenager.
After high school, Poe followed her dreams of a career in the medical field, starting as a nursing major at Auburn University before transferring to UAB.
Graduating from UAB in 1986, Poe started working in the emergency room of Lloyd Noland Hospital in Fairfield, Alabama. Two jobs and 23 years later, she returned to UAB as Director of Emergency Services.
Since returning to Birmingham in 2009, she completed her doctorate degree in nursing, was hired as the hospital’s CNO and appointed as the assistant dean for nursing practice at UAB’s School of Nursing.
As the hospital’s CNO, Poe is responsible for 5,000 employees (3,600 nurses) at the 1,157-bed facility. She said she strives to maintain updated nursing procedures and ensure that they are upheld throughout the hospital.
“I believe that (two of) the best aspects of nursing is the building of long-term relationships and working together in teams to get things done,” Poe said.
For more information about the award and ASNA, visit alabamanurses.org/convention/.