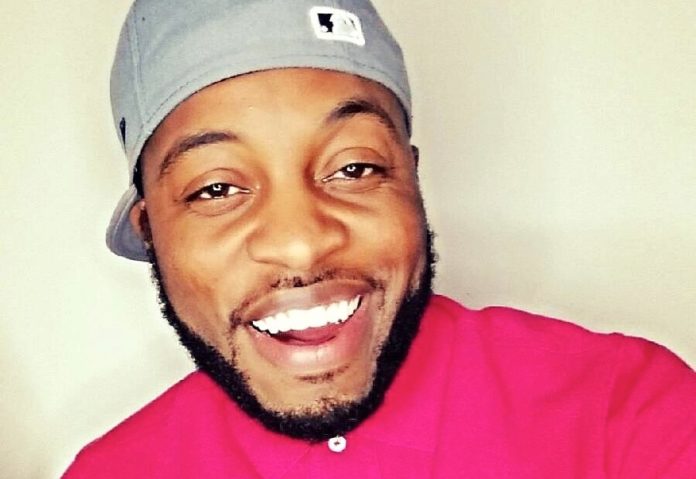 Each Sunday, thousands of college football fans turn to a sports-talk figure not named Paul Finebaum for a humorous analysis of Saturday’s Southeastern Conference games, but from a man simply known as ‘the Bama fan on the couch.’
Portrayed by Opelika native and current Birmingham radio personality Jermaine ‘FunnyMaine’ Johnson, the ‘Bama Fan on the Couch’ series started last fall, and quickly became a Facebook sensation.
“During the 2014-15 seasons, Bama had some losses both of those seasons, so I did videos after those games as a little therapy. And last fall, I decided to be a little more consistent with it,” Johnson said. “The first couple of videos ended up getting a couple-million views … you never know if something’s going to take off like that. I had no clue.”
Johnson’s comedy career began in 2005 as a stand-up, performing in small Tuscaloosa venues for $1 – $2 a show. In 2010, Johnson won a contest to open for Steve Harvey, and has since opened for Tony Rock, Ricky Smiley and Kevin Hart.
Blending his stand-up skills and passion for Alabama football, Johnson said it was easy to mold himself into what many consider the ‘stereotypical Tide fan’.
“They are all about delivery, timing, and connecting with the audience … and I think that’s what we’ve been able to do with the videos is connect with people by being a genuine fan. I think other genuine fans across all the fan bases, they seem to appreciate it,” Johnson said.
Preparation for making videos is an all-day process, Johnson explained. Starting with ESPN’s Gameday kickoff show, he watches games from 11 a.m. until the featured Saturday primetime slots.
While creating the videos, Johnson said his primary focus is to use his platform to create an encouraging and uplifting outlet for his fans.
“I have fun with the videos, watching and making them. People that follow me though know I’m all about positivity,” Johnson said. “It’s not going to be politics or how I’m feeling, it’s just about spreading a positive message to everybody. It’s something that has definitely transcended football.”
Johnson will perform a show at the Bottling Plant Event Center in downtown Opelika Nov. 24. Tickets can be found on his website, www.funnymaine.com.
For more information about Johnson or to watch his Bama Fan on the Couch series, follow him on Facebook.