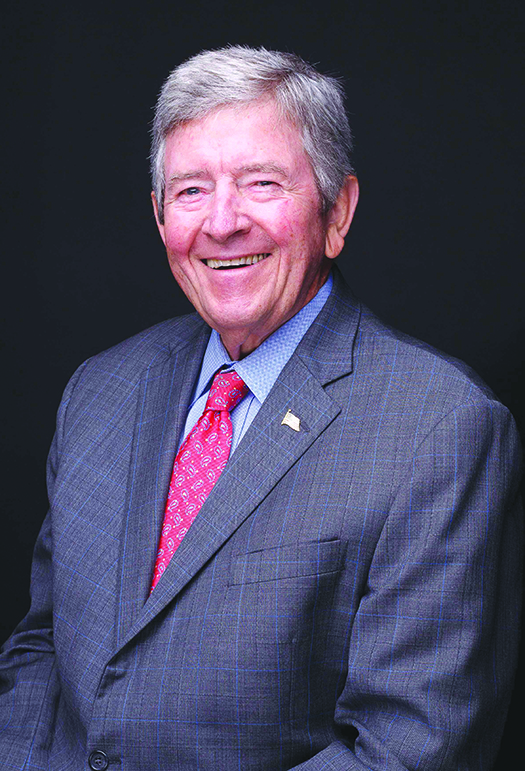 CONTRIBUTED BY
THE CITY OF OPELIKA

Opelika Mayor Gary Fuller has earned the prestigious professional designation of Certified Municipal Official (CMO) Emeritus, a highly regarded honor awarded to officials who have excelled beyond the requirements of the Basic and Advanced CMO programs. Fuller was recognized for his accomplishments during graduation ceremonies held in Orange Beach, Alabama, on Nov. 8.

To achieve this third level of the Alabama League of Municipalities’ CMO training program, a municipal official must earn the designation of CMO by completing 40 training credit hours conducted or endorsed by the league followed by an additional 40 training hours to receive an advanced certification. Attaining CMO Emeritus entails a minimum of 120 credit hours of Continuing CMO Education plus 15 points. Points can be earned by serving on and attending meetings for a League Policy Committee; attending the League’s Annual Convention, Municipal Legislative Advocacy Session and the Municipal Leadership Institute; and by attending the Congress of Cities and the Congressional City Conference for the National League of Cities.

“I am honored to be a member of the eighth graduating class of the CMO Emeritus level,” Fuller said. “For more than 20 years, the Alabama League of Municipalities has been an instrumental organization in guiding decisions, policy and leadership.

The certified training program for elected municipal officials was created in 1994 by the Alabama League of Municipalities, under the direction of its Executive Committee, to provide a specific curriculum cycle for municipal officials. Until that time, no formal training had been offered for elected officials. The Executive Committee instituted a series of one-day continuing education programs designed for mayors and councilmembers who voluntarily wished to receive formal training in municipal government. In 1998, the Executive Committee approved a series of training courses to be applied toward advanced certification, and the CMO Emeritus designation was approved in 2015.

“Alabama’s municipalities are the foundation of our state’s economy,” said ALM Executive Director Greg Cochran. “Vibrant communities depend on knowledgeable, engaged leadership — which is exactly what the CMO program encourages through training on the finer points of municipal government. Earning the Certified Municipal Official designation further showcases the commitment of community leaders to be better informed, more effective municipal officials.”

The Alabama League of Municipalities was organized in 1935, and has since served as the recognized voice of the cities and towns in Alabama. Through the years, the organization has steadily grown and now serves more than 440 municipalities. This voluntary membership program brings officials of cities and towns together in fellowship of public service — which strengthens and guides local government in a progressive, responsible fashion. The primary purpose of the League is to promote understanding of municipal government and administration in Alabama and thereby advance the welfare of the people of this state.