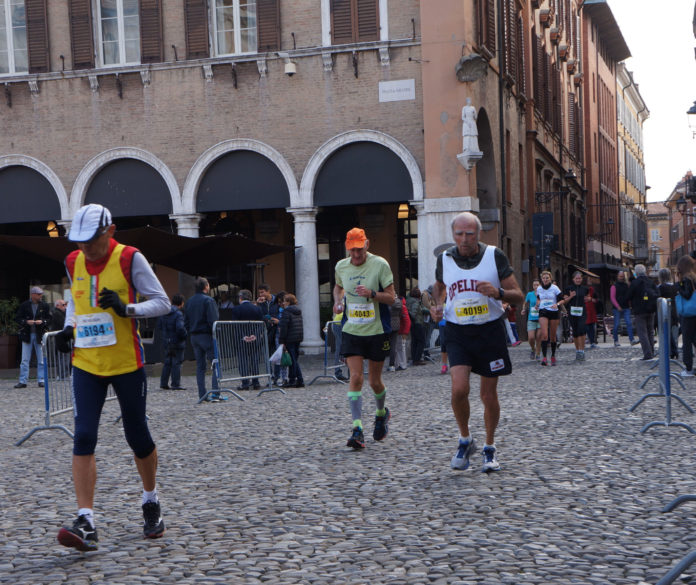 Many sports figures showcase their athleticism at a young age, becoming known as prodigies in their respective sports. Tiger Woods, one of golf’s all-time greats, first swung a golf club at two years old, and gold-winning Olympic snowboarder Shaun White hit the slopes at six.
But for Opelika resident Bob Fucci, it took 50 years to discover his passion: long-distance running.
Beginning as a simple bet with a friend to see who could finish first in a race around a golf course, Fucci said it was the physically demanding nature of running that hooked him.
“It was that challenge … it was overcoming the little bit of pain and the little bit of exerting yourself that really got me into running,” Fucci said.
Shortly after, Fucci began competing in five and 10-kilometer races, like the Peach Tree Road Race in Atlanta.
Eventually, as his conditioning improved and running knowledge grew, Fucci said he realized it was time to take the next step in his running career.
“You’d travel somewhere and run for a half-hour or hour for the short race … it seemed like I wanted more. So, I started looking for half and full marathons to compete in,” Fucci noted.
Running marathons in both the U.S. and Europe, Fucci set a goal of one day running in the Boston Marathon, the world’s largest race.
To be eligible to compete in the Boston Marathon, runners must run a certain time in a qualifying race. After three attempts, Fucci broke through and qualified for the Boston Marathon twice, running it in both 1990 and 1996.
Perhaps his most noteworthy marathoning performance was achieved at the 1991 New York City Marathon, where he finished first among males from Alabama.
“When we were in New York, after the marathon, the USA Today came out … I remember being in a hotel room and opening up the paper,” Fucci said. “They list the finishers and their states in (alphabetical) order, and so Alabama was the first state. The first name on the list was Bob Fucci … that was exciting.”
Twenty-six years and many races later, Fucci is still competing at 81 years old. His wife Linda, who ran alongside him in marathons for many years, is no longer able to run because of health reasons, but still attends all his races, cheering on her husband.
“She’s my best cheerleader,” Fucci noted.
Utilizing a three-day training schedule, Fucci said he still enjoys the competition that running offers, especially comparing his times to younger runners, as well as traveling with Linda. Recently returned from a race in Modena, Italy, he said he is preparing for his next run in a few weeks in Nashville, Tenn.
“I plan to keep doing this as long as I can,” Fucci said.