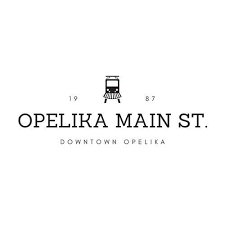 For more than 30 years, Opelika Main Street has worked to preserve and cultivate a strong economy in the heart of downtown.
Following is a current list of those involved in carrying out the nonprofit’s mission.

Interim Director – Dana Gafford grew up in Opelika and graduated from Opelika High School. She went on to attend Southern Union and Auburn University. She worked for her family business, Comm-Pak Inc. for 22 years, then later became a partner in her husband Trey’s business, Northstar Advertising, while raising two boys, Jackson and Davis.
In 2012 Gafford started Revolution Images, a photography business specializing in panoramic and architectural photography. Trey started a new business, Baker Street Digital, and in 2016 they both moved their offices to downtown Opelika. She spends most of her time either working, eating or shopping in downtown.
Gafford has been a member of the Opelika Main Street Board for two and a half years and is currently working as the interim executive director for Opelika Main Street. She said she is thrilled with the changes that have occurred in the downtown area over the last 10-plus years and is excited to be part of the momentum of growth and improvement that is to come in the future.

Kris Bailey
Originally from Opelika, Bailey is a 2003 graduate of Opelika High School. He received dual bachelor’s degrees in Health Services Administration and Finance from Auburn University in 2008. After graduating, Kris worked in healthcare consulting in Birmingham, Alabama, for several years until moving back to Opelika. Currently, Bailey works as a service manager at Wells Fargo Bank, where he has been employed since 2013.
He joined the Opelika Main Street Board last year and has put his skills to work as treasurer as well as chairing the Promotions Committee. Bailey recently bought a house near downtown which allows him to spend most of his spare time eating and socializing at our local restaurants.

Katie Bass
Bass is from Snellville, Georgia. She graduated from Auburn University in 2004 with a degree in marketing. She began working at First Choice Personnel in August 2008 as the office manager. She is vice president of finance for the Junior League of Lee County, as well as an active member of EASHRM.
She serves as president of the Main Street Board and has been on the board since 2014. Since she works in downtown Opelika, she wants to see downtown grow and be involved in the process.
She enjoys getting to know the merchants and developing relationships with them, as well as coming together to enhance the overall downtown experience. She loves to shop, hang out with friends and travel.

Aaron Bushey
Bushey is a graduate of Lee-Scott Academy and Auburn University and has been in the Opelika/Auburn area for 30 years. He is the owner of Almost Anything, which is located next to the courthouse in downtown Opelika.
He and his wife, Wendy, and son, Mason, reside in Opelika where Mason attends Jeter Primary School. The energy of the downtown community inspired Bushey to become involved with Opelika Main Street where he worked to help organize the member businesses to cooperate on projects and events.
He joined the Main Street Board in 2017.

Robert Elliott
Elliott grew up just up the road in LaFayette, Aalabama. After earning a bachelor of science degree in Sociology at Jacksonville State University, he decided to travel the world. He married his wife, Megan, in 2006, and they have been to nearly every continent. Following two years living in Kathmandu, Nepal, they found a house in Opelika in 2012. He now works at his father’s insurance agency, Elliott & Associates Insurance, where he is in charge of marketing and IT. Robert is proud of his city and is glad he and Megan get to raise their three kids in Opelika.

Graham Hage
Raised in Houston, Texas, Hage came to Auburn in 1995 to attend Auburn University. Zazu first opened in August 2007. Two moves later, in 2015, Zazu opened its doors in Opelika in a beautiful 1800s building that had been meticulously renovated.
Hage has two sons, Lodan (11) and Hudson (8). He also recently moved just a couple of blocks from downtown into a beautiful home in the historic district.

Billy Jackson
Jackson graduated from Opelika High and Auburn University with a degree in public relations. He worked with the Opelika Fire Department, Opelika Parks and Recreation and then worked at EAMC for 21 years before returning to Opelika Parks and Rec.
He presently serves on the board of directors for Keep Opelika Beautiful, The Museum of East Alabama and Opelika Main Street.
He grew up spending time in downtown Opelika in the 1960s eating lunch at Woolworth’s and Haynie’s Drug Store.
“It is a privilege to work with the Main Street Board of Directors to help return downtown Opelika to the destination it was back then,” Jackson said.

Nathan A. Kastner
Currently the managing partner of Smith-Kastner Wealth Management LLC, Kastner joined the company after graduating from Auburn University in December 2004. He holds bachelor’s degrees in both business administration and economics.
After graduating, Kastner enrolled in the Certified Financial Planning program at the University of Georgia. In 2009, he was awarded the CFP® designation after completing the 2-day, 10-hour examination in the fields of financial planning, risk management, investments, tax planning and management, retirement and employee benefits and estate planning. The CFP® designation is the most widely recognized designation in the financial industry.
Kastner is a native of Opelika, where his parents (David & Kathie) still live. He now lives with his wife, Brooke, in Auburn. They have one son, John David, and attend First United Methodist Church of Opelika, the church in which Kastner attended as a child.
When not working, he can most frequently be found at the baseball field and enjoys hunting, saltwater fishing and lounging on the beach with his family.

Kathy Penton
Penton has lived in Opelika since 1972. She is married and has two grown children. She is retired, but before retirement she was one of the previous owners of Southern Crossing. For 20 years she watched downtown grow.
After retiring she wanted to stay involved in downtown and was delighted when asked to join the board.

J. Stern
Stern is a native of Opelika and a 1982 graduate of Opelika High School. He moved back to East Alabama after retiring from Ole Miss and working with the athletic department there. Growing up near downtown Opelika, he always loved the downtown district, so it’s only fitting that through their family’s foundation, he and his sister have provided a park close by for people to enjoy.
“It was both a thrill and honor to be asked to serve on the Main Street Board of Directors. Serving on the Economic Development Committee, I hope to help recruit more business to the downtown area,” Stern said.
If you ever need to find J., you might catch him on Lake Martin or experiencing the backroads of Alabama.

Taylor Sumrall
Sumrall graduated from Opelika High School in 2007 and continued her education at Auburn University receiving a bachelor’s degree in finance in 2011. After graduating and getting a “real world job,” she returned to the family business, Taylor Made Designs, in 2013. Sumrall operates the business with her mom, Lynn Bradakis, who started the storefront in 2000 in the same location it is today.
“Opelika, specifically downtown Opelika, has improved so much in the previous 18 years, and I am excited to help continue this growth,” Sumrall said.
She joined the Opelika Main Street Board in 2018.

Brad Waites
Waites is a native of Birmingham and has lived in Opelika for four years. He is a 1999 graduate of UAB and has worked in business development in the real estate and healthcare fields since graduation.
As a realtor with Berkshire Hathaway and resident of the Northside Historic District, Waites is dedicated to preserving the character and history of our community.
“I’m really fortunate that my career and work with Main Street really do go hand in hand,” Waites said. “One of the coolest parts of living in our historic district is the ability to walk downtown to shop, have dinner or to grab a drink.”
Waites is passionate about urban revitalization and is really excited about the momentum downtown has developed over the last decade.