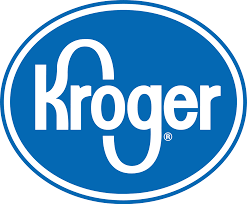 Generosity poured out in abundance across Kroger’s East Alabama stores, which include Auburn, Lanett and Opelika, as store customers and associates contributed more than $17,000 in just six weeks to Kroger’s “2018 Can Hunger campaign,” an initiative benefitting the Food Bank of East Alabama. These stores more than doubled the amount raised in 2017.

In total, Kroger’s Atlanta Division, which includes Auburn, Lanett and Opelika, raised more than $616,000 through Can Hunger to support food banks across Eastern Alabama, Georgia and South Carolina.

More than 50 million Americans lived in food insecure households last year, according to the U.S. Department of Agriculture.

“Over the years, the Can Hunger campaign has helped supply food banks with countless meals for the communities we serve,” said Felix Turner, corporate affairs manager for Kroger’s Atlanta Division. “And it is with the help and generosity of our customers and associates that we are able to continue to provide food for those who are less fortunate.”

Can Hunger aligns with Kroger’s company-wide Zero Hunger | Zero Waste initiative, which recently celebrated its first anniversary. The initiative is designed to address a fundamental absurdity in the nation’s food system: 40 percent of the food produced in the U.S. is thrown away, yet one in eight Americans struggles with hunger.

Through Zero Hunger | Zero Waste, Kroger has set a vision to end hunger in homes and to eliminate waste – especially food waste – in its company by 2025.

Donated more than $6.1 million to end hunger division wide. Through several campaigns, Kroger has added new opportunities throughout the year for customers to donate and support Zero Hunger | Zero Waste in their community.

Provided more than 15.2 million meals to families in need in Kroger communities in 2017 alone. Improved the company’s food rescue program to not only donate more food, but more balanced meals.

“With the generosity of individuals and businesses who all share the same vision, Kroger can continue partnering with local food banks to help feed families in need across the country and, hopefully, stop wasting the more than 40 percent of U.S.-produced food that goes unconsumed each year,” Turner says.

At The Kroger Co., they are dedicated to a specific purpose: to Feed the Human SpiritTM. The company focuses its charitable efforts on hunger relief, K-12 education, women’s health initiatives and local organizations in the communities it serves. Kroger’s Atlanta Division is headquartered in Atlanta and is one of the Southeast’s largest retail grocery chains with more than 183 stores, covering Eastern Alabama, Georgia and South Carolina.