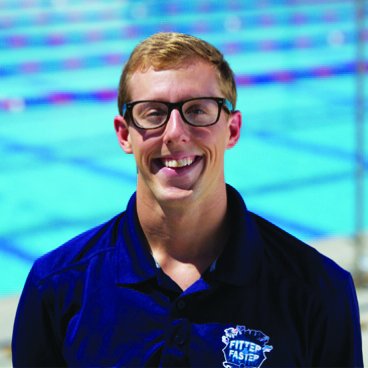 Former Auburn University swimmer and Olympic gold medalist Tyler McGill was officially hired to become the City of Opelika’s head swim coach on Sept. 4.
Previously an assistant coach for Auburn University’s swimming and diving program, McGill said he looks forward to establishing an “elite learn-to-swim” program in Opelika.
“My goal, whether (a student) can swim or not, is to have a place for them in our program. We will teach them the joys of swimming and show them that there is a pretty awesome world out there that you can reach by swimming laps up and down a pool,” McGill said.
Hailing from Champaign, Illinois, McGill was a stellar high school diver who committed to swim collegiately at Auburn in fall 2005. During his four-year tenure at Auburn, he won multiple NCAA and SEC championships and titles, and played under some of the sport’s most renowned coaches in David Marsh, Richard Quick and Brett Hawke.
“Being a part of something bigger than myself was really big to me when I was recruited, and when you have that feeling at a university plus their tradition and my desire to be an Olympian, it was a pretty easy decision to make,” McGill said. “I was one of the rare classes that got to experience of all three coaches, each outstanding in their own way. They definitely helped shape who I am as an athlete and who I am as a coach as well.”
McGill’s path to the 2012 Olympic Games started in 2009 as a competitor at the U.S. Nationals and World Championship Trials, finishing runner-up to Michael Phelps in 100-meter butterfly with a time of 51.06 seconds.
During the 2012 U.S. Olympic Trials in Omaha, Nebraska, McGill’s second-place finish in the 100-meter butterfly, behind Phelps once again and ahead of future star Ryan Lochte.
At the London Games, McGill finished sixth in the 100-meter butterfly and swam to a gold medal in a preliminary 4×100-meter medley.
Injuries plagued McGill the following season, a decisive factor in his decision to pursue a career in coaching. He worked as an assistant coach under Hawke for more than four years before coming to Opelika.
Last Wednesday, McGill hosted his first swimming lesson for Opelika, which drew nearly 50 students. He will also work with advanced swimmers to prepare them for tournaments, providing analysis and necessary information needed to hone and strengthen their skills.
Through his recruitment of Opelika native and diver Conner Pruitt to Auburn, McGill said he believes he is just scratching the surface of the city’s talent pool and is excited to see what waves his program will make in the community.
“Conner is a hard-working, very smart individual. He is one of many, many high school, middle and elementary students in Opelika who are the same way, not just in athletics, but in academics too,” McGill said. “Opelika is full of talented, smart kids, and, when provided really good coaching opportunities, they thrive. I can’t say enough how excited and humbled I am to be able to contribute to that.”
For more information or to schedule classes with McGill, call 334-705-2488 or email tmcgill@opelika-al.gov. He is based at the Opelika Sportsplex, which is located at 1001 Andrews Road.