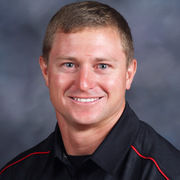 To Zach Blatt, Opelika High School’s baseball team is on the brink.
After falling to Helena, a team that Opelika had previously defeated during a 12-game winning streak, in the playoffs last season, the first-year head coach expects to get back to playing for a state championship in 2019.
A year before, Helena had knocked off Opelika in another opportunity to reach the final.
“This team is playing for the state championship two years in a row,” Blatt said. “We’re right there.”
On June 21, just over two months after Opelika’s season finished, Blatt was hired for the team’s head coaching position after Nick Richardson left to be closer to his family at Tuscaloosa County High. Blatt had previously worked as an assistant coach since 2013 while also working as an assistant varsity football coach since 2016.
Blatt played for Opelika and graduated in 2008 while being named the Class 6A Pitcher of the Year. He then moved down the road and made 51 relief appearances in three years at Auburn University.
Now as the head coach for his alma mater, Blatt said that his team is looking for some good things out of a “pretty good” group of seniors.
“I think we’ve got a good group of guys, it’s just a lack of experience in some areas,” Blatt said. “I think they have the potential, but you have to see the potential and work.”
In his sixth year back in Opelika, Blatt recognizes his gritty style for coaching mellowing out. He can still flip the switch, he said, but he tries to have more of an even approach with his players as the team’s lead.
Separating himself from his time as a player and being a coach has worked moved Blatt into a different approach going into his first year.
“I like to get after it,” Blatt said. “I think you can be people simply by outworking them and by being really good at the small things.”
Moving into 2019, Blatt expects his approach of playing pressure baseball and creating chaos to be different than the approach that moved Opelika ahead in the playoffs the previous two seasons.
“We’re not going to be a long-ball team,” Blatt said. “We’re going to have to be scrappy. We’re going to have to look to put some pressure on some teams.”
Practice started for the team on Jan. 28 while the season begins with a doubleheader at home against Enterprise and Smiths Station on Feb. 18.
While looking to get more playing time for his inexperienced players, Blatt’s season-opening goals are simple.
“Get out there and get after it,” Blatt said. “If you don’t get out there and compete, you’re not going to be any good.”